Back in 1933, President Franklin D. Roosevelt issued an order to have approximately 500,000 gold coins minted by the US Treasury department. The coins featured the etching of a bald eagle on one side, and Lady Liberty on the other. They are known as "1933 Double Eagles" and today they are among the rarest and most valuable coins on the planet. One of the reasons the coins are so rare is because 99% of them never actually left the US Mint.

In 2002, a single 1933 Double Eagle that was once owned by the King of Egypt sold at auction for $7.6 million. That's just one coin and that was 13 years ago. Imagine owning ten 1933 Double Eagles! Then imagine having them stolen… by the US Government! That's exactly what happened to an 80-year-old woman named Joan Langbord, who finally got her sweet revenge earlier this week.

The reason 99% of the Double Eagles never made it out of the US mint is because less than a year after FDR ordered their production, he decided to take the United States off the gold standard completely. As a result, pretty much all of the 500,000 coins that had been made up to that point were melted down into gold bars.

But some of the coins escaped their melted fate, arguably through less than legal methods. BTW, the reason the coins are called "Double Eagles," despite the fact that they feature just one eagle, is because "eagle" is also a term for a $10 coin. So a $20 coin would be a "double eagle." 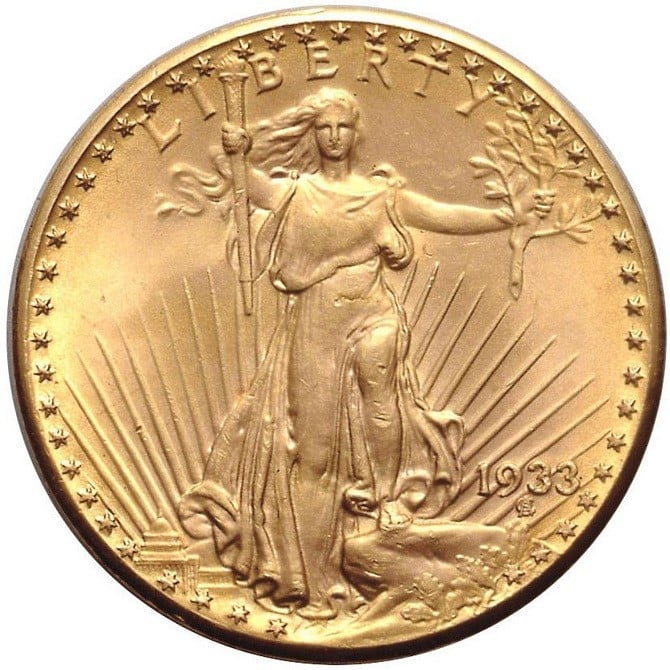 This sale may have triggered something in the memory of Philadelphia resident Joan Langbord. Joan's father was a jeweler who kept dozens of safe deposit boxes filled with all kinds of random valuables. At some point in 2003, Joan sent her son Roy on a mission to look through one particularly long-forgotten safe deposit box at their bank.

As Roy examined the contents, he found a gold coin wrapped in a paper sleeve. To his amazement, that coin turned out to be a 1933 Double Eagle. To his even greater amazement, Roy found NINE other '33 Double Eagles stowed away in that box.

Excited by their potential treasure, the Langbords decided to do something that seemed perfectly reasonable at the time. They decided to bring the coins down to their local Mint to have them examined and authenticated. 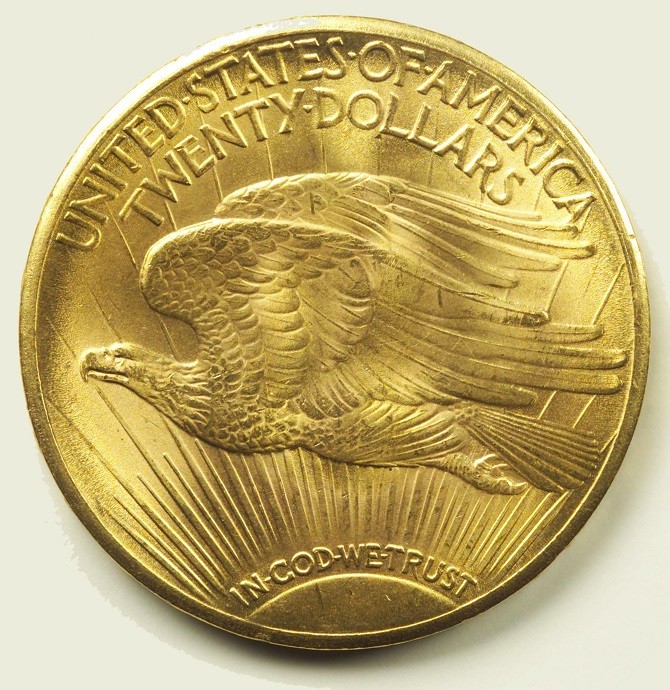 The government claimed that Joan's father, a man named Israel Switt, had stolen the coins from the Mint at some point in the 1930s. In fact, the US Secret Service believed that Israel Switt was responsible for all the illicit Double Eagles that eventually found their way into the collector's market. The Secret Service believes that Israel bribed a Mint cashier to sneak the coins out for him to sell to collectors. In 1944, Mr. Switt did admit to possessing 10 Double Eagles at one time, but he also claimed they were eventually returned and destroyed by the Mint.

The modern-day Langbord family was appalled by the seizure and immediately filed a lawsuit against the US Government to have their coins returned.

Proving that Israel Switt had indeed stolen 10 Double Eagles 80+ years ago proved to be exceedingly difficult for the US Treasury and Secret Service. And finally, on Friday, a judge finally ruled in favor of the Langbords. All 10 of the coins were returned and the family finally was given the right to sell them off as their own private property.

As you're probably realizing, this is a huge windfall for the Langbords. It's been 13 years since the last 1933 Double Eagle was sold. Using that auction's price of $7.6 million, their lot of 10 Double Eagles would theoretically be worth $76 million! Of course, when that happens, the US government will get a piece of the sale–in the form of a tax bill for roughly $35 million!

It Costs Almost Two Cents To Mint A Penny, And The US Spends $168M On $93M In Currency

How A Forgotten $27 Investment Accidentally Turned Into $1.1 Million