If the entire contents of my one bedroom apartment were destroyed tonight in a fire, the total value of all my everything I own probably wouldn't exceed a few thousand dollars. Although, my insurance company might get a different estimate. Honestly, my two most expensive possessions are probably my flat screen TV and laptop. Both of which are easily replaceable. I purposely don't own anything that is too expensive. The walls of my apartment are decorated with posters, paintings and photos that probably wouldn't fetch more than $100 collectively at a garage sale.

I'm also confident that if I broke into all of my neighbors' apartments, I would find a similar situation. Sure, I might come across some jewelry. Maybe a nice set of China plates. Maybe some crystal glasses. Piggy banks filled with rainy day money. Nothing too out of the ordinary… On the other hand, maybe one of my neighbors is hiding a $1 billion collection of paintings stolen by the Nazis during World War II. Paintings by masters including Picasso, Monet and Matisse. Sound impossible? Tell that to the neighbors of 80 year old German recluse Cornelius Gurlitt… 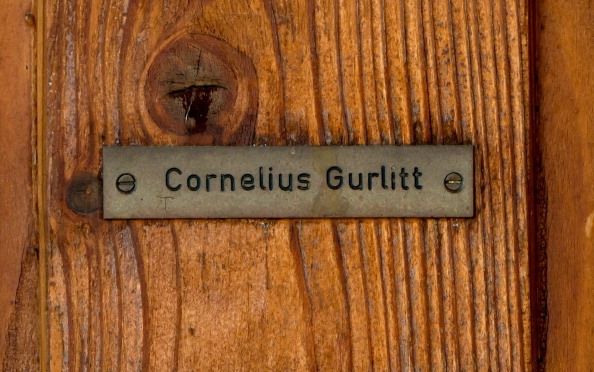 One day back in September 2010, German customs officers were conducting a routine search of passengers traveling by train from Switzerland to Germany. One of the passengers was a grumpy older man named Cornelius Gurlitt. After asking a few standard questions, officers soon discovered that Cornelius was carrying with him 9,000 Euros in cash (equal to roughly $13,000 USD at the time). This wasn't illegal. Anyone could travel with up to 10,000 Euros in cash without having to make a declaration. But it was unusual. One of the agents made a note of Conelius' name and address in his daily report.

Later that day, the curious agent entered Cornelius' information into a government database and discovered something even more unusual. Cornelius Gurlitt had seemingly never been employed, never filed for a pension, was not receiving any government health benefits and most importantly, had never filed a tax return in his entire life. Not surprisingly, this discovery triggered a much deeper investigation by the German tax authorities. They would soon find out that the only real evidence that Cornelius even existed, was the monthly rent he paid for a modest, 1000 square foot apartment in a nondescript building 10 minutes outside of downtown Munich in a neighborhood called Schwabing. 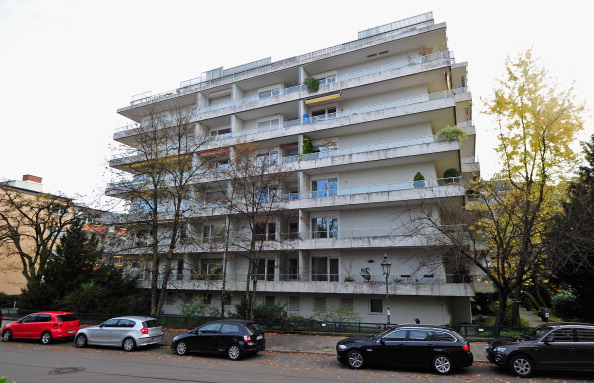 Due to a government backlog, an entire year went by before a warrant could be issued to search the apartment. And even after the warrant was issued in September 2011, the actual raid was delayed another six months, a full year and a half after initial the train search.

On February 28, 2012, a team of German Customs agents knocked on Gurlitt's apartment door and presented him with the warrant. As you might imagine, it doesn't take long to search a 1000 square foot apartment. The Customs agents were immediately astounded by what they discovered.

Keep in mind that this was a completely unremarkable 1000 square foot, one bedroom apartment. Possibly very similar to the one you might live in right now. The front door was protected with a perfectly standard doorknob lock and deadbolt. Neighbors knew very little about Cornelius. He never had any visitors and kept almost entirely to himself aside from the occasional trip to a super market.

Shockingly, when agents entered the apartment, they discovered a literal treasure trove of priceless artwork. At first they pegged the number of paintings in the dozens, then the hundreds… When the collection was fully inventoried, a total of 1,379 paintings were found. There were 121 framed paintings and 1,258 unframed. A subsequent raid of a dilapidated country home in Salzburg, Austria, turned up an additional 238 priceless works of art. 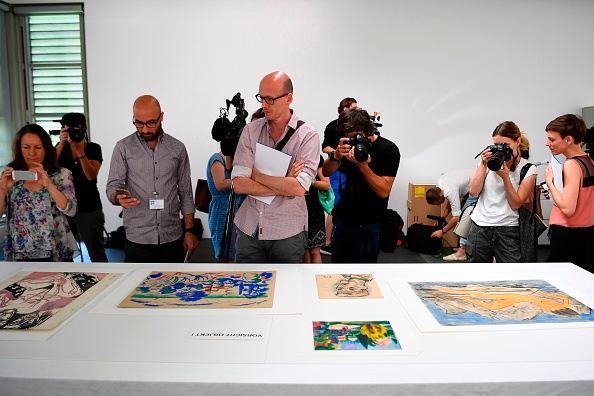 It was immediately clear that these paintings were not the work of an amateur artist with too much free time on his hands and a paint-by-numbers kit. The Customs agent's mouths dropped to the floor as they pulled out paintings by Pablo Picasso, Henri Matisse, Marc Chagall, Auguste Rodin, Henri de Toulouse-Lautrec, Claude Monet, Pierre-Auguste Renoir, Edvard Munch and many more.

The total estimated value of the hidden collection? $1 billion.

So how does a grumpy 80 old German man end up with a $1 billion art collection in his apartment? As you might imagine, we're about to dip into a dark side of German history.  It turns out that Cornelius Gurlitt is the son of a man named Hildebrand Gurlitt. Hildebrand Gurlitt came from a long line of German art dealers. During World War II, Joseph Goebbels put Hildebrand in charge of acquiring art for a future museum called the Führermuseum. Hitler, who before getting into politics was an aspiring artist, dreamed of one day opening the world's greatest museum in Linz, Austria.

And where would all the art for the Führermuseum come from? Not surprisingly, the majority of the paintings were stolen from prominent Jewish families throughout Europe. Hildebrand, who was one quarter Jewish, would create some bogus paperwork to show a sale, but no money would be exchanged at all. Tragically, after being looted of their possessions, most of these Jews were sent straight to a gas chamber in Auschwitz.

But not every painting was acceptable for the Führermuseum. Hitler considered most art by non-German artists "degenerate". He even staged an event in Munich called the Degenerate Art Exhibition that would supposedly highlight German artistic and cultural superiority. After the Art Exhibition, it was Hildebrand's job to sell off the degenerate pieces to raise cash for the Nazi cause. Hildebrand clearly managed to stash away many of these degenerate pieces away for himself.

Ironically, at the end of the war when Allied forces discovered his vast art collection, Hildebrand actually had the nerve to hide behind his Jewish heritage. He claimed he was just another victim of the Nazis and that the art collection had been in his family for decades.

Hildebrand Gurlitt died in 1956 and left the entire collection of priceless art to his son Cornelius. Cornelius went on to live the majority of his life basically as a hermit. According to a German investigative report, he hadn't seen a single movie or watched television since the mid 1960s. He never married. Never dated. Had had no friends. He barely left his apartment except to buy groceries. When Cornelius needed money, he would simply sell off one of his paintings. Shortly before the 2012 raid, Cornelius managed to sell a painting called The Lion Tamer by German artist Max Beckmann, for $1.3 million.

So what happens next? Is Cornelius Gurlitt rotting in jail right now? Unfortunately, it's not that simple and Cornelius is free as a bird. In Germany, the statute of limitations for stolen art is just 30 years. On the other hand, if someone can prove that the art was stolen during the Nazi reign, that statute of limitations does not apply. But because so much time has passed and so many people's lives were completely ruined during the war, proving ownership beyond a doubt can be very difficult. Furthermore, as long as Cornelius can produce some sort of proof of purchase, regardless of the circumstances at the time of the sale, he can make a valid legal claim of ownership. The good news is, until the dust has settled, every single painting has been confiscated by German tax authorities and each piece is going to be thoroughly vetted by art experts.

So, what do you think your neighbors are hiding behind their front door???

Update!  On May 6, 2014 (less than a month after we originally posted this article), Cornelius Gurlitt passed away at the age of 81. A German court had recently ordered that around 300 of the paintings be returned to the reclusive German art "collector" because he technically had receipts proving they were purchased "legally" during World War II. What will happen to the art now? Well, it might get even more complicated way before it gets resolved because Cornelius died without any known living heirs. The majority of the collection is still in the hands of German authorities and art preservationists but some are still located in the very same tiny apartment they were originally discovered in. We'll keep you posted on this story as news develops.

Mainland China Gets Its First Disneyland

This Is What $20 Million Stuffed In A Mattress Looks Like