Fans love jerseys. They love wearing the same thing that their favorite players do when they play whatever they play. It's a great way to show who you support, and the apparel companies know that. So they offer jerseys to the fans and charge a pretty penny for them. Since fans are dying to be like their favorite superstars, they pay it.

It looks like NBA fans may very well be shelling out some money for new jerseys in a couple of years, now that Adidas is out and Nike is in. Back in March, Adidas said they would not be looking to renew their contract with the league (a relationship they have had since 2006 after taking over for Reebok) because they weren't willing to offer more than a total of $400 million throughout the life of the deal.

Adidas owns Reebok so that pretty much left Nike to step in. And step in they did – in a big way.

Yesterday the NBA announced that it had come to an agreement with Nike for the apparel maker to become the new uniform and apparel supplier starting in the 2017-18 season. Details of the deal have not been made public, but the arrangement is supposedly worth somewhere in the vicinity of $1 billion over an eight-year period (a 245 percent increase over the Adidas deal). That breaks down to $125 million per year. 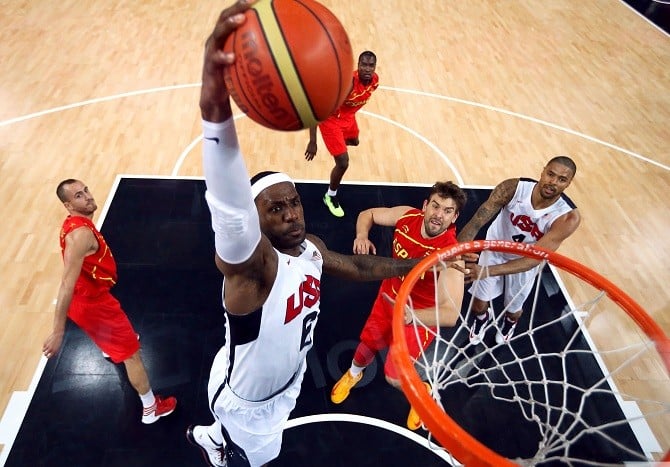 "This partnership with Nike represents a new paradigm in the structure of our global merchandising business," NBA commissioner Adam Silver said in a statement. "As our exclusive on court apparel provider, Nike will be instrumental in our collective efforts to grow the game globally while applying the latest in technology to the design of our uniforms and on court products."

Nike already had a preexisting relationship with the NBA, as a global marketing partner of the league since 1992.

The deal features a first for the NBA, in that the Nike swoosh will appear on the jerseys. There has been talk for years that the NBA was considering adding sponsors to jerseys. It will be interesting to see how prominent Nike's swoosh is, and whether this leads to any other logos being added in the future.

Nike already has a stranglehold on the basketball footwear market. The company currently controls roughly 90 percent of global bball aparrel. The company will be more than happy to display stacks of official Nike NBA apparel next to their shoes.

With two major sports (basketball and NFL) and a healthy share of the college football market, it will be interesting to see if Nike tries to go after the NHL (Reebok) or MLB (Majestic). Both have been with their current suppliers since 2005.

Together, Michael Jordan And Nike Have Made More Than A Billion Dollars

Will Adidas Ever Be Able To Catch Up To Nike?

It's Official! Adidas Poaches James Harden Away From Nike With Stunning $200 Million Contract