Want to see Bill Gates' car? Bill Gates is light years away from rappers and other celebrities who make a lavish display of their wealth through buying really ostentatious clothes, cars, and other big things. But a man's got to have a hobby, and one of the things Bill likes to do is collect cars. In the 1980s, Gates and a couple of his fellow famous Porsche collectors (namely Microsoft co-founder Paul Allen and, later, comedian Jerry Seinfeld) imported Porsche 959s from Germany to the United States.

The trouble was that these cars had no regulation or approval of any kind from the Department of Transportation or the Environmental Protection Agency. So what came to be down as the "Gates 959" was locked away in the Customs office at the Port of Seattle, until a new "Show and Display" regulation was passed to allow "special interest" cars to be imported to the United States, provided that restrictions on their use were followed. It might go without saying, but Bill Gates was one of the parties instrumental in getting this new law passed. 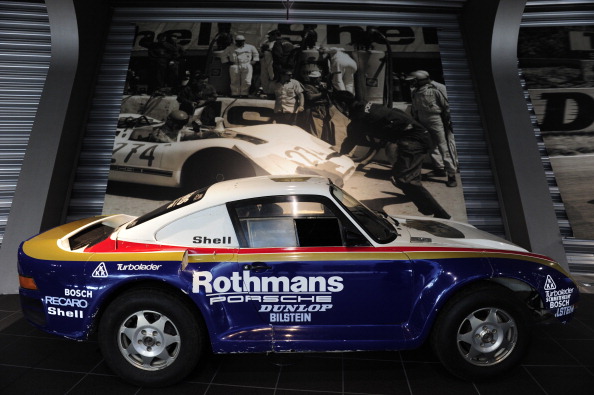 So what was the big deal about the Porsche 959? Well, it's one of the most acclaimed sports cars ever built – in 1986, the first year of its production, it held the title of world's fastest street-legal car – although as mentioned before it was not actually street-legal in the United States until 1999, the year the "Show and Display" law made it and other cars like it legal to, as you might guess, show and display, but not drive around normally.

The Porsche 959 began its development as a racing car, and since its release in 1986 has come to be one of the most revered sports cars of all time. Fairly recently, in 2004, magazine Sports Car International placed the 959 at the top of its list of "The Top Sports Cars of the 1980s."

When Did Bill Gates First Become A Billionaire?

Meet Mangus Walker. They Call Him The Porsche Hunter.