What is Catherine Oxenberg's Net Worth?

Catherine Oxenberg is an actress who has a net worth of $25 million. Catherine Oxenberg is best known for her role as Amanda Carrington on the primetime television soap opera "Dynasty." She also twice portrayed Diana, Princess of Wales in the television films "The Royal Romance of Charles and Diana" and "Charles and Diana: Unhappily Ever After." Oxenberg's other credits include the television series "Acapulco H.E.A.T." and "Watch Over Me," as well as numerous television films.

Through her long royal blood line, Catherine is a third cousin of Felipe, Prince of Asturias and Prince William, Duke of Cambridge. She is technically 1,375th in line of succession to the British throne.

Catherine Oxenberg was born on September 22, 1961 in New York City, and was raised in London. She is the eldest daughter of Princess Elizabeth of Yugoslavia and dressmaker Howard Oxenberg who was a close friend of the Kennedy family. . Through her maternal grandmother, she is a first cousin once removed of Prince Edward, Duke of Kent. As a youth, Oxenberg went to the Lycée Français Charles de Gaulle in Kensington, London. She then went to the coeducational St. Paul's School, a college-preparatory boarding school in New Hampshire. Following this, Oxenberg attended Harvard University and Columbia University.

In 1982, Oxenberg made her acting debut in the television film "The Royal Romance of Charles and Diana," in which she starred as Diana, Princess of Wales. She followed this with appearances on the CBS action series "Cover Up" and the ABC romantic dramedy series "The Love Boat."

At the height of the show's popularity in 1984, Oxenberg joined the ABC primetime soap opera "Dynasty." She played PR woman Amanda Carrington, who becomes the princess of Moldavia after wedding Prince Michael. For her performance, Oxenberg won two Soap Opera Digest Awards in 1985. In 1986, after three seasons, Oxenberg left the show due to a salary dispute. Her role was subsequently recast with actress Karen Cellini.

Beyond "Dynasty," Oxenberg has appeared on numerous television programs throughout her career, most of them being made-for-television movies. In the 80s, she was in the television films "Still Crazy Like a Fox," "Swimsuit," "Trenchcoat in Paradise," and a remake of "Roman Holiday," in which she starred in Audrey Hepburn's role as Princess Elysa.

Her credits in the early 90s include "Bony," "Ring of Scorpio," "K-9000," "Sexual Response," "Rubdown," and the second film in which she portrayed Princess Diana, "Charles and Diana: Unhappily Ever After." From 1993 to 1994, Oxenberg starred on the espionage adventure series "Acapulco H.E.A.T." Over the remainder of the decade, she was in such television movies as "Boys Will Be Boys," "Arthur's Quest," "Time Served," "The Collectors," and "Thrill Seekers."

Oxenberg's credits in the early 2000s include the television films "Road Rage," "Flying Dutchman," "The Miracle of the Cards," "Perilous," and "Premonition." From 2006 to 2007, the actress starred on the limited series "Watch Over Me," an adaptation of the Argentine series "Resistiré." After marrying actor Caspar Van Dien, the pair starred in their own Lifetime channel reality series called "I Married a Princess." Later on, Oxenberg appeared on the true-crime documentary series "The Vow" and "Seduced: Inside the NXIVM Cult," where she tried to rescue her daughter from the titular cult. 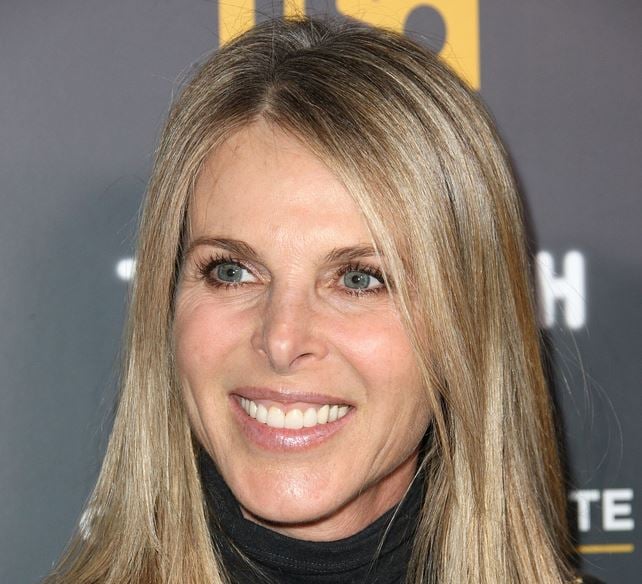 Oxenberg made her feature film debut in Ken Russell's 1988 British horror film "The Lair of the White Worm," costarring Hugh Grant and Amanda Donohoe. Two years later, she starred in the thriller "Overexposed," produced by Roger Corman. Oxenberg's next film role was as television reporter and talk show host Cassandra Barris in the 1999 apocalyptic Christian thriller "The Omega Code," about the Antichrist's plan to take over the world. The film costarred Michael York, Michael Ironside, and Casper Van Dien.

In 1991, Oxenberg had a daughter named India. Later, it was revealed that the father was convicted drug smuggler William Weitz Shaffer. In 1998, Oxenberg married her first husband, producer Robert Evans; their marriage was ultimately annulled after just nine days.

Subsequently, Oxenberg wed actor Casper Van Dien, whom she had worked with on a few films in 1999. Together, they had two daughters named Ananda and Celeste. Oxenberg also became the stepmother to Van Dien's two children from a previous marriage, Casper and Caroline. The pair later divorced in 2015.

In 2011, Oxenberg introduced her daughter India to the forced labor cult NXIVM, thinking it was a business-oriented self-help program. India subsequently became seriously involved in the cult, leading Oxenberg to attempt a failed intervention. When NXIVM leader Keith Raniere was arrested in 2018, India left the cult. Oxenberg went on to release the memoir "Captive: A Mother's Crusade to Save Her Daughter from a Terrifying Cult."

In September 2016 Catherine paid $2.8 million for a home in Malibu. One week after she moved in, the home was ravaged by a massive fire in the area. She was forced to evacuate with the clothes on her back and large portions of the property were destroyed. She re-built the structure and in 2021 listed it for sale for $10 million. She ultimately removed the house from the market.