What is Monica Lewinsky's Net Worth?

Monica Lewinsky is an American author, public speaker, and anti-bullying activist who has a net worth of $1.5 million. Lewinsky first achieved notoriety after having an affair with President Bill Clinton while working as a White House intern in the mid-1990s. The scandal resulted in Clinton's impeachment, and Monica became an international celebrity.

Lewinsky, who has said that she was "the first person to have their reputation completely destroyed worldwide via the Internet," has been working as an anti-cyberbullying activist since 2014, and she is a prominent proponent of the #MeToo movement. She teamed up with author Andrew Morton to publish the book "Monica's Story" in 1999, and her book advance was reportedly $500,000. Monica has also designed her own handbag line, served as a spokeswoman for Jenny Craig, and hosted the 2003 Fox dating show "Mr. Personality."

Monica Lewinsky was born Monica Samille Lewinsky on July 23, 1973, in San Francisco, California. She grew up in a Jewish household in Los Angeles with mother Marcia (an author), father Bernard (an oncologist), and brother Michael. Monica's parents split up in 1987, and they both remarried after their bitter divorce. Lewinsky attended Sinai Temple's school, Sinai Akiba Academy, as well as the John Thomas Dye School, Beverly Hills High School, and Bel Air Prep, graduating in 1991.

She then enrolled at Santa Monica College and worked in the Beverly Hills High School drama department before transferring to Portland's Lewis & Clark College, where she earned a psychology degree in 1995. In July 1995, Monica started working as an unpaid White House intern in Chief of Staff Leon Panetta's office, and in December of that year, she earned a paid position in the White House Office of Legislative Affairs. A decade later, she went back to school and studied social psychology at London School of Economics, graduating with a master's degree in 2006.

Lewinsky has said that between November 1995 and March 1997, she had nine sexual encounters with Clinton but that those encounters did not include intercourse. Monica was transferred to the Pentagon in April 1996 because her superiors thought she was spending too much of her time around the president. She confided in co-worker Linda Tripp, admitting that she had a relationship with the commander-in-chief, and in September 1997, Tripp began secretly recording her phone conversations with Lewinsky.

Monica stayed at the Pentagon until December 1997, and the following month, she denied a relationship with Clinton in an affidavit submitted in the Paula Jones case. She tried to convince Linda to lie under oath, but Tripp gave her tapes to Kenneth Starr, who served as independent counsel during Clinton's presidency and was investigating the Clintons' Whitewater real estate investments.

Tripp talked Lewinsky out of dry cleaning a blue dress that contained evidence of a sexual encounter with Clinton and told her to save any gifts he had given her. Clinton denied that he had sexual relations with Monica under oath and in a January 1998 press conference, but after Starr gained possession of the blue dress, the president changed his tune and admitted that he had "a relationship with Miss Lewinsky that was not appropriate." Lewinsky and Clinton both testified before a grand jury, and the Office of the Independent Counsel granted Monica transactional immunity. 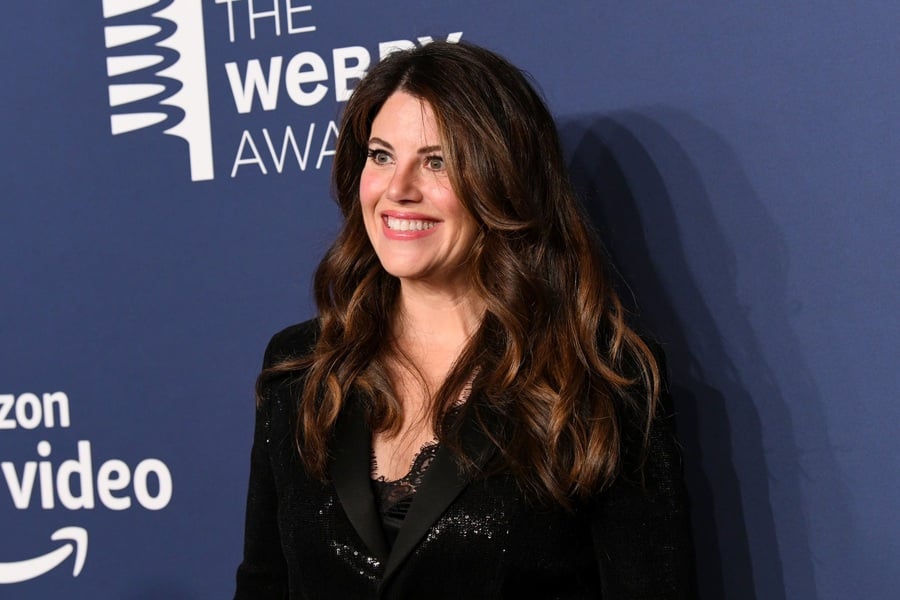 In March 1999, Monica was interviewed by Barbara Walters on "20/20," drawing an audience of 70 million viewers; as of this writing, it is still the second most-watched interview in television history (behind Oprah Winfrey's 1993 interview with Michael Jackson), and the international rights earned Lewinsky $1 million. Monica guest-starred on "Saturday Night Live" on May 8, 1999, appearing in two sketches. In January 2000, she started doing commercials for Jenny Craig, Inc.; the diet company entered into a $1 million dollar endorsement deal with Lewinsky that required her to lose at least 40 pounds in a six-month period. The company caused controversy by choosing Monica as their spokeswoman, and they ended her campaign in April of that year, only paying her $300,000 of the $1 million they promised her. Also in 2000, Monica appeared on "The Tom Green Show" and had her own show, "Monica's Postcards," on Channel 5 in the U.K.

In 2002, Lewinsky appeared on HBO's "Monica in Black and White," which gave her the chance to tell her side of the story and take questions from an audience. In 2003, she hosted the reality show "Mr. Personality" and appeared on "Jimmy Kimmel Live!," "The View," and "V Graham Norton." In 2005, Monica moved to London and stayed out of the public eye for nearly a decade, but in 2014, she began writing for "Vanity Fair," appeared in the National Geographic Channel special "The 90s: The Last Great Decade," and spoke out against cyberbullying at "Forbes" magazine's "30 Under 30" event.

Lewinsky gave a TED talk on the subject in March 2015, and three months later, she joined the Bystander Revolution, an anti-bullying organization, as an ambassador and strategic advisor and spoke about bullying at the Cannes Lions International Festival of Creativity. In 2017, Monica wrote the foreword to "Shame Nation: The Global Epidemic of Online Hate," a book by Sue Scheff and Melissa Schorr, and in 2019, she discussed public shaming on "Last Week Tonight with John Oliver."

Monica served as a producer on the third season of Ryan Murphy's "Impeachment: American Crime Story," which focuses on the Clinton-Lewinsky scandal. The show began filming in fall 2020 and debuted in fall 2021.

Monica has said that she suffered from post-traumatic stress disorder after the scandal and that knitting helped her cope with the unwanted media attention. That hobby led her to create The Real Monica, Inc. in 1999 and design handbags that were sold in stores such as Fred Segal and Henri Bendel. Since the scandal, Lewinsky has lived in New York City, London, Portland, and Los Angeles and largely stayed out of the spotlight from 2005 until 2014, when she wrote an essay, "Shame and Survival" for "Vanity Fair" and became an ongoing contributor to the magazine's website.