Kenya Moore net worth: Kenya Moore is an American reality television actress and model who has a net worth of $800,000. She is probably best known for being a cast member on the reality show The Real Housewives of Atlanta.

Early Life: Kenya Moore was born in Detroit, Michigan on January 24, 1971. Her parents, Patricia Moore and Ronald Grant, were just teenagers when she was born. After her birth mother abandoned her at three days old, she was raised by her father's grandmother, Doris Grant, and her aunt. Kenya has never spoken to her mother or her father.

Moore began modeling at age 15 and was the January 1992 cover girl for the Chicago-based Johnson Publishing Company's Ebony Man magazine. She also was a model for the Ebony Fashion Fair cosmetic line. After graduating from Cass Technical High School in 1989, Moore attended Wayne State University, where she majored in psychology and minored in communication. In the early '90s, she began competing in beauty pageants. In 1993, at age 22, Kenya won the Miss Michigan USA pageant. She then competed in both the Miss USA pageant and the Miss Universe pageant. She was the second African American woman to win Miss USA. She placed fifth at Miss Universe, but her placement was overshadowed by the number of audience members who booed when she was announced.

Acting Career: Kenya parlayed her pageant career into a successful television career, guest-starring on shows like The Fresh Prince of Bel-Air, Martin, Sparks, Living Single, The Steve Harvey Show, and The Parent 'Hood, among others. She has also appeared in small roles in many films: 1995's Waiting to Exhale, Deliver Us from Eva, Cloud 9, I Know Who Killed Me, and many others. Moore also appeared in music videos for Jermaine Dupri, Nas, Shai, and Tupa in the 1990s.

Moore published her book, Game, Get Some! In 2007. She also launched a hair care product brand in 2014. She has also released a DVD workout called Kenya Moore Booty Camp. 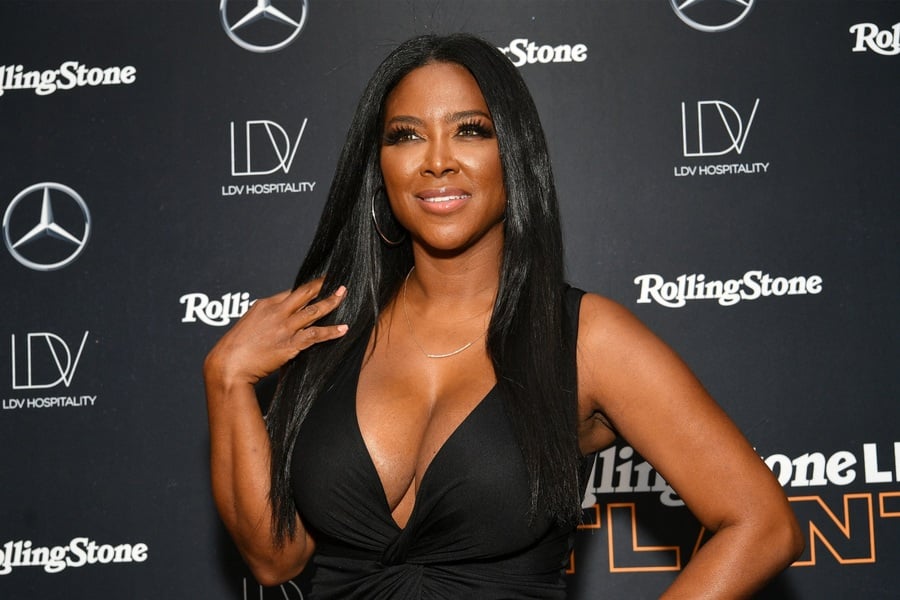 Reality TV Career: In May 2012, Kenya Moore confirmed that she would be joining the cast of The Real Housewives of Atlanta. She replaced long-term cast member Sheree Whitfield. On The Real Housewives of Atlanta, Kenya has often been at the center of the drama and controversy. Fellow cast members never know what to expect from her, and are often at odds with her for her actions and remarks.

In addition to her work on The Real Housewives of Atlanta, Kenya was also a contestant on the 2015 installment of Celebrity Apprentice where she continued to run into problems, most notably with Real Housewives of Beverly Hills cast member, Brandi Glanville.

Personal Life: Kenya married businessman and restaurant owner Marc Daly in June 2017. They announced in April 2018 they were expecting their first child, and Moore gave birth to daughter Brooklyn Doris Daly on November 4, 2018. Moore says their daughter is named after the location she met her husband Marc in, Brooklyn (obviously), and Doris is after her late grandmother. Kenya and Marc Daly split up in early 2020. She opened up about the split in the March 9, 2020 episode of Real Housewives, claiming she had found "sexting" messages on Marc's phone from his ex.

Financial Problems: Over the years there have been a handful of rumors swirling around Kenya's financial situation. The topic has been discussed and even joked about on RHOA. The main evidence of Kenya's troubles occurred in June 2013 when she was evicted from her $4000 per month Roswell, Georgia mansion. Kenya apparently failed to pay the rent for several months. Kenya responded with the following statement: "My former landlord Conya Dillon Weems is the epitome of a vindictive, cold-hearted, evil person."