Karlie Kloss Net Worth and Salary: Karlie Kloss is an American model and ballet dancer who has a net worth of $40 million. Famous for her trademark "panther" walk, Kloss is considered one of the world's top models. After working with a number of prominent brands and walking in various fashion shows, Karlie gained further prominence as a Victoria's Secret Angel in 2013.

After leaving Victoria's Secret in 2015, Kloss studied at New York University. In 2018, Karlie earned $14 million from her various endeavors. That was enough to make her the second-highest-paid model on the planet. By 2019, she had appeared on more than 40 international covers of "Vogue" magazine. Also in 2019, she became the host of the reality competition show "Project Runway." Outside of the fashion world, Kloss is passionate about STEM education and founded the "Kode with Klossy" camp to teach young girls about programming.

Early Life: Karlie Elizabeth Kloss was born on August 3rd of 1992 in Chicago, Illinois. Raised alongside three sisters, Karlie relocated to St. Louis with her family at the age of two. After it became clear that Kloss was destined for a career as a model, the entire family relocated once again to Goshen, New York so that she could experience greater opportunities. As a child, Karlie studied classical ballet. During her high school years in Missouri, Kloss became a cheerleader. After graduating in 2011, Karlie focused on her modeling career before continuing her education at NYU's Gallatin School of Individualized Study in 2015.

Career: Karlie's career began at a very young age, and by the time she was 14, she appeared on the cover of "Scene Magazine." When Elite Model Management saw these pictures, they immediately signed the young girl. Karlie then relocated to New York and appeared in magazines such as "Teen Vogue." The first brand she ever worked with was Abercrombie Kids. In 2008, she parted ways with Elite Model Management and signed a new deal with Next Management.

Over the next period, she walked in no less than 31 runways at New York Fashion week for brands like Calvin Klein, Marc Jacobs, and Caroline Herrera. Kloss then walked for 20 shows in Milan and a further 13 in Paris. In total, she participated in 64 shows within 2008 alone. A legal battle followed with her former management company, as they felt Next Models had "stolen" their promising young star. The lawsuit was settled out of court.

Karlie would move to yet another management company in 2012, signing a new contract with IMG Models. Over the next few years, Kloss was featured in a wide range of advertisements for prominent fashion brands. These included Jean Paul Gaultier, Donna Karan, Yves Saint Laurent, Lacoste, Topshop, Uniqlo, American Eagle, Victoria's Secret, Adidas, and many others. Karlie also continued to walk in fashion shows for designers like Karl Lagerfeld, Gucci, Valentino, and Versace.

In addition, Kloss graced the covers of magazines like "Elle," "Allure," "Dazed & Confused," "Vogue Italia," "Teen Vogue," and many others. With greater notoriety, Karlie took the opportunity to explore other opportunities, such as acting. Her first TV appearance was in the fourth season of "Gossip Girl." With heightened success also came discussions about her trademark walk. Described as "moody" and "powerful," Kloss is famous for placing one foot perfectly in front of the other while walking with a fluid motion. Tyra Banks famously mocked Karlie for her walk on one occasion. With all that said, her walk looks quite normal and unremarkable to the untrained eye. 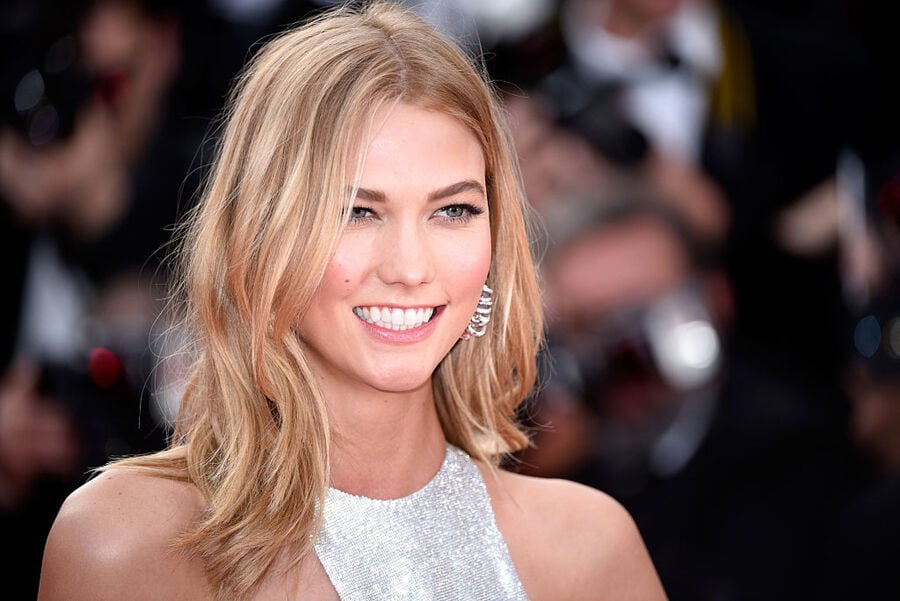 In 2011, Karlie appeared in the Victoria's Secret Fashion Show for the first time. She "officially" became a Victoria's Secret Angel in 2013 and continued to appear in these fashion shows until 2015. Many observers feel that Karlie's time with Victoria's Secret was not good for that career, with some even saying that it "ruined" her image. To some extent, Kloss herself has supported this notion, as she later stated that she left Victoria's Secret because the brand did not gel with her feminist beliefs.

In 2018, Karlie became the new host for "Project Runway," replacing Heidi Klum and also acting as an executive producer. In 2019, she narrated an episode of "Explained" on Netflix. In 2020, Kloss joined a group of investors to acquire ownership of "W magazine." The magazine was in dire straits at this point, and Karlie reportedly took a "hands-on role" in planning the magazine's direction and operations into the future.

Relationships: Karlie has been married to real estate investor Joshua Kushner since 2018. They married after 6 years of dating, and after Karlie had converted to Judaism. In 2020, the couple announced that they were expecting their first child. Joshua's personal net worth tops $800 million. Joshua's brother Jared Kushner is married to Ivanka Trump, which makes Kloss a distant connection to the Trump family. Despite this connection, Karlie has supported Democratic figures over the years, including presidential candidates Hillary Clinton and Joe Biden.

Real Estate: In 2019, it was reported that Kloss was selling her home in West Village, Manhattan for $2.75 million. The two-bedroom townhouse overlooks Charles Street and has its own landscaped garden. Complete with 12-foot ceilings, Karlie's home features a library and a media room. She originally purchased the townhouse for $1.975 million when she was just 20 years old. That year, Kloss and her husband also sold an apartment in Nolita for $6.6 million.