What is Dina Lohan's Net Worth?

Donata Melina Nicolette "Dina" Sullivan (Lohan) was born September 15, 1962 in New York City, New York. Her parents were of Italian and Irish descent and she was raised in a Catholic household along with her two brothers, Matt and Paul. As a young girl, she enjoyed singing and dancing and then made money in these professions as she got older.

Lohan rose to public notoriety due to the successful career of her daughter, Lindsay. Lohan had encouraged Lindsay's career from a young age, getting her involved in modeling at the age of three. Lindsay really rose to fame when she starred in the remake of "The Parent Trap," in which her mother had an uncredited cameo role as a woman in the airport in 1998.

As Lindsay rose to greater fame as she continued starring in major films like "Freaky Friday," "Confessions of a Teenage Drama Queen," and "Mean Girls," Lohan also became more of a public figure. She worked as Lindsey's manager for much of her career and has faced some criticism regarding the claim that she has exploited her children for her own fame. This seemed most apparent when she starred in the E! channel reality show "Living Lohan." The show only aired for nine episodes over one season and documented the lives of Lohan and her youngest daughter, Ali, in her attempts to break into show business. The show was poorly reviewed and generally considered exploitative. Anderson Cooper, the popular news anchor, publicly criticized the show on "Live with Regis and Kelly," called the Lohan's "horrific people."

This was not Lohan's last experience with reality television, as she later appeared as herself in "Lindsay," a docuseries that covered Lindsay's rehabilitation recovery after a tumultuous period in her personal life and career in 2014. The show, which aired on the Oprah Winfrey Network, was more positively reviewed, though its ratings dropped during its time on air. Lohan did not appear on every episode but it discussed frequently throughout the show.

In 2016, Lohan appeared on "Family Therapy with Dr. Jenn," a reality series that chronicles various famous families who are seeking relationship counseling. Lohan appeared on the show along with her then ex-husband, Michael. A few years later, in 2019, Lohan appeared as a cast member/contestant on "Celebrity Big Brother 2," the American celebrity version of the popular UK reality show, "Big Brother." She remained on the show until the very end, being the eight to be evicted from the house on the 29th day. 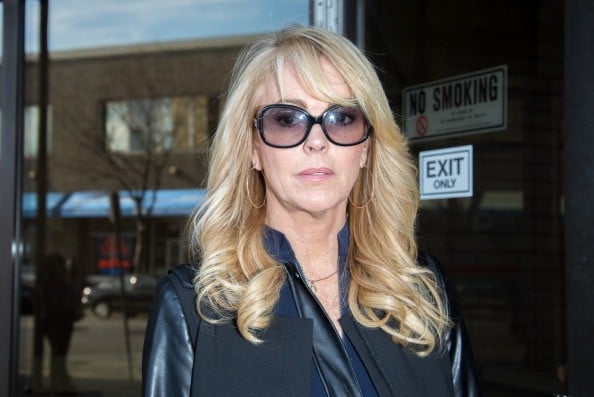 In 1985, Lohan married Michael Lohan. Michael worked as a businessman, as he had inherited his father's pasta business. He also worked as s trader on Wall Street during the 1980s. After three years of marriage, the couple separated in 1988 and later reunited. During their marriage, the couple had four children together – Lindsay, Michael Jr., Ali, and Cody. Lohan then filed for divorce from Michael in 2005. They reached a settlement in August of 2007. The divorce proceedings granted Lohan custody of the two youngest children, Ali and Cody, as the two eldest were over the age of 18 when the divorce occurred.

In 2013, Lohan was arrested for speeding and driving under the influence in Nassau County, Long Island in New York. She admitted her guilt and agreed to a plea deal, which included 100 hours of community service, a $3000 fine, and a revocation of her driver's license for a period of one year. Lohan was again arrested for driving under the influence and leaving the scene of an accident in 2020.

Lohan has also tangentially been associated with controversy due to the behavior of her ex-husband, Michael. He has had a history of alcoholism and drug abuse and also appeared on numerous reality television shows to discuss his addictions. In 1990, he was convicted of criminal contempt for insider trading and sentenced to three years in jail. It was during this time that he and his wife, Dina, were separated and his daughter, Lindsay, first became involved in modeling and acting. Michael has also gotten into fights with his family members, including a fight with Dina's brother, which resulted in Michael being charged with attempted assault. These events led to Lohan's decision to separate again and file for divorce.

She has also been involved in some controversy over her claim that she used to dance with the Radio City Rockettes, the famous dance company in New York City. A spokesperson for the organization say there was no record of her employment there and executives of the company that owns Radio City also refuted this claim.

Or Wai Sheun Net Worth