Dan Patrick Net Worth and Salary: Dan Patrick is an American sportscaster, radio personality, and actor who has a net worth of $25 million dollars. He is perhaps best known for his radio show "The Dan Patrick Show" on Premiere Radio Networks, and for his 18-year career at ESPN.

Early Life: Daniel Patrick Pugh was born on May 15, 1956, in Zanesville, Ohio. He was raised in Mason, Ohio, alongside his five siblings, by his parents Patricia Joann (née Miller) and John "Jack" Ambrose Pugh. He attended William Mason High School, where he played basketball. After graduating in 1974, he attended Eastern Kentucky University on a basketball scholarship. He was there for two years before he transferred to the University of Dayton. At the University of Dayton, he majored in communications, and was a member of the Eta Hexaton chapter of the Phi Sigma Kappa fraternity.

Career: During his early career as an on-air personality with WVUD and WTUE in Dayton, Ohio, from 1979 to 1983, he was known professionally as "Dan Pugh". Following his departure from WTUE in 1983, he joined CNN as a sport reporter, where he remained for six years until 1989. At CNN, he covered stories and events such as the World Series, NBA Finals, and the Winter Olympics. After leaving CNN, he joined the team at the syndicated Wisconsin-area morning show "Bob and Brian". He remained there from 1989 to 1995. In the early 1990s, he also covered sports updates for WLVQ, a rock station in Columbus, Ohio.

In 1989, he joined the team at ESPN as an anchor for "SportsCenter", a role he held until 2006. He also hosted "The Dan Patrick Show" on ESPN Radio for eight years, from 1999 to 2007. While he was with ESPN, he began going by the name "Dan Patrick". He was one of the network's most recognizable figures, along with his "SportsCenter" co-anchor Keith Olbermann. He and Olbermann are credited with establishing the show's catchphrase, "This is SportsCenter". They began saying the phrase because the management got annoyed whenever they referred to the show as "The Big Show", and asked them to simply introduce the show with "This is SportsCenter" instead.

On July 9, 2007, Patrick announced his departure from ESPN/ABC beginning on August 16 that year. Him leaving the network spawned intense media scrutiny and coverage, as everyone speculated on the reasons behind his departure, and what he would do instead. His next move was to join the Chicago-based Content Factory, and sign a syndication deal with them to launch a new version of "The Dan Patrick Show" in October 2007. Nationally, it was distributed by Premiere Radio Networks, and aired daily from 9 o'clock in the morning to noon (Eastern time). Sirius XM Sports Nation also ran the show delayed on Sirius Radio channel 122 and XM Radio channel 143. Additionally, a livestream of the show was available on his website, and it was also accessible in the form of a podcast. Beginning the August 2009, "The Dan Patrick Show" was broadcast on The 101 Network, and it also became the first show to premiere on the Audience Network (DirecTV's rebranded version of The 101 Network) in June 2011. It ran on the Audience Network until February 2020.

In July 2008, Patrick also joined NBC Sports as one of the co-hosts for the third season of "Football Night in America". His co-host was his former "SportsCenter" co-anchor Keith Olbermann. He continued in this role until March 2018, when he turned down a new contract offer. Instead, he announced that he would be taking over as host of "Undeniable (with Joe Buck)" on the Audience Network.

Previously, after he left ESPN, the producers of "The Price Is Right" had asked him to audition for the position as host. He declined this offer. He still ended up working on a game show when he joined "Sports Jeopardy!", the sports-themed version of the classic show "Jeopardy!", in April 2014. The show aired until December 2016. 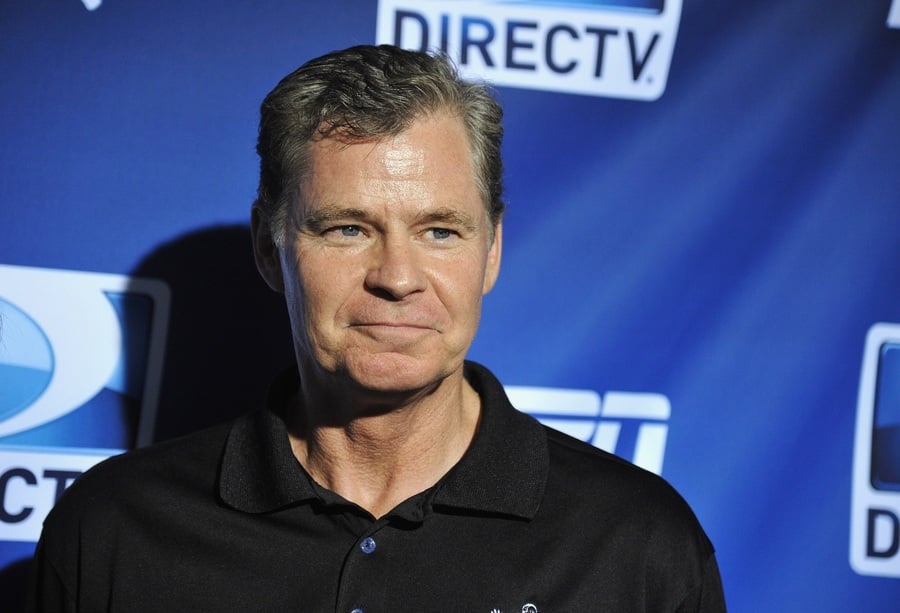 In 2017, Patrick and Full Sail University, a private, for-profit university in Florida, announced the creation of the Dan Patrick School of Sportscasting. The school offers a sportscasting degree program that features instruction by Patrick himself, as well as other leading figures in the industry.

Personal Life: Patrick and his wife Susan (née White) have three daughters and one son together. The couple met while they were both working at CNN; she was a producer on the show "Inside Politics".

Will Castro Net Worth