Tina Louise net worth: Tina Louise is an American actress, author, and singer who has a net worth of $6 million dollars. Louise is most widely known and recognized for her role as fiery redhead Ginger Grant on "Gilligan's Island".

Early Life: Tina Louise, also known as Tatiana Josivovna Chernova Blacker, was born in New York, New York, and began studying performance when she was in her late teens. Louise's mother was an established fashion model, and her father (Joseph Blacker) was a candy store owner/operator with a shop located in Brooklyn. He would later work as an accountant. The name "Louise" was allegedly added by Tina during her senior year in high school. She'd mentioned the fact that she lacked a middle name to one of her drama teachers and how she was the only person she knew of who didn't have one. Louise was a name that came as a suggestion from her drama teacher. Louise ended up attending Miami University in Ohio after successfully graduating high school. After graduating from college, Louise began pursuing a modeling career of her own.

Modeling Career: Louise went on to appear on the covers of Adam Sir!, Modern Man, and Playboy as a part of her very successful modeling career.

Acting Career: Louise actually earned her first role at the tender age of 2 after being spotted/discovered in an ad for her father's candy store. Louise began studying acting, singing, and dancing at the age of 17, studying under the legendary Sanford Meisner at the Neighborhood Playhouse located in Manhattan.

Louise's very first acting debut came in 1952 in the Bette Davis vehicle/musical "Two's Company". She also made appearances in several Broadway productions including "John Murray Anderson's Almanac", "The Fifth Season", as well as "Will Success Spoil Rock Hunter?" In 1957, she appeared on Broadway in the musical "Li'l Abner". Louise also had many successful TV appearances on such shows as, "Studio One" and "Appointment with Adventure".

Louise subsequently moved on to the big screen, appearing in "God's Little Acre".

In 1958 Louise was recognized by the National Art Council, an organization that would name her "World's Most Beautiful Redhead" with distinction. The very next year, Louise earned a starring role in "Day of the Outlaw" alongside Robert Ryan. Louise earned her stripes as a leading lady playing off of actors Robert Taylor and Richard Widmark in the process. Louise often played somber roles despite her stunning appearance. Louise made it a point to turn down reprisal roles for screen adaptations of "Li'l Abner" and "Operation Petticoat", which came at a cost to her credits. She instead accepted Broadway roles and parts in Italian cinema during the interim. Italian film credits include "The Siege of Syracuse", a film directed by Pietro Francisci, as well as "Garibaldi" (1960), a film directed by Roberto Rossellini, a film which documented Garibaldi's efforts to unify Italian states during the 1860s. 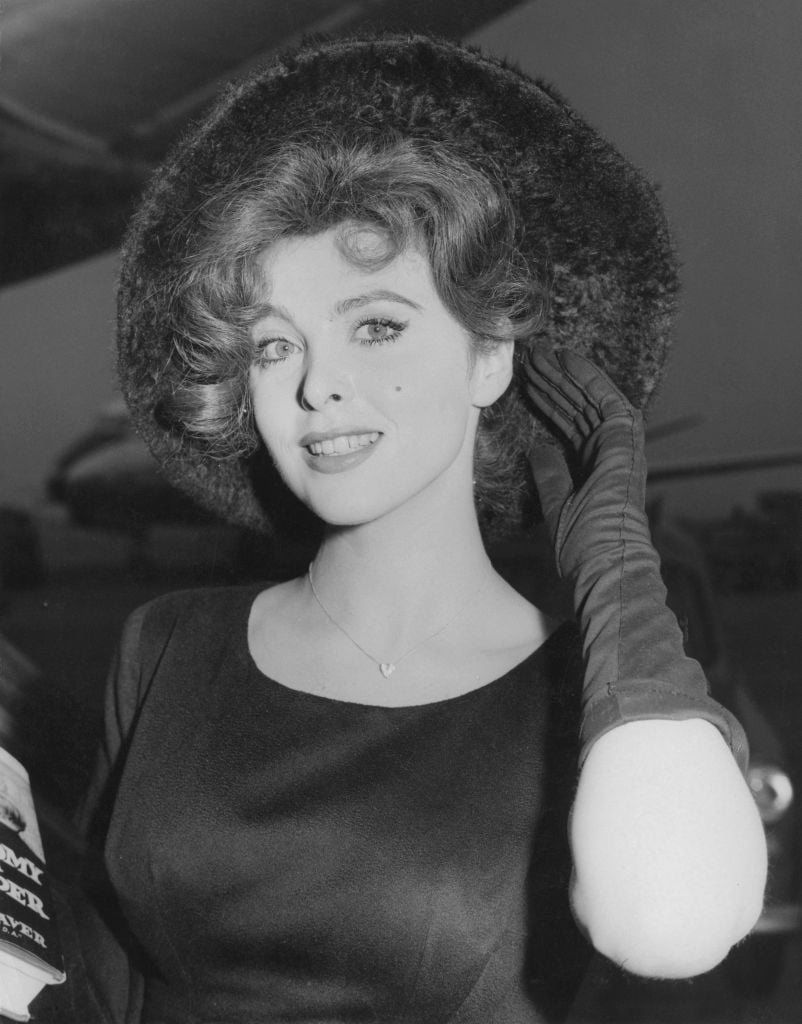 Louise would make her return to the United States, where she began studying under another legendary acting mentor, Lee Strasberg. Louise became an active and avid member of the famous and prestigious Actors Studio. In 1962, Louise earned a guest-starring role on the sitcom "The Real McCoys", where she portrayed a country girl from West Virginia in an episode titled "Grandpa Pygmalion". Louise also appeared alongside Bob Denver just two years later in a beach party film titled "For Those Who Think Young".

In 1964, Louise would make a departure from the Broadway musical "Fade Out – Fade In" in order to portray a movie star character named Ginger Grant for a budding sitcom called "Gilligan's Island". Jayne Mansfield notably turned this role down before Louise was in the running for the role and later accepted.

Over time, Louise would become unhappy and dissatisfied with the role, worrying that it had done damaging work in typecasting her. Perhaps she was right; when "Gilligan's Island" ended in 1967, Louise could not seem to repair her career and commence any sort of major film work as those sorts of roles were no longer available to her.

Louise made several attempts to shed her comedic image by opting for darker cinematic roles. For instance, Louise made an appearance playing a heroin addict in a Kojak TV episode in 1974. She also played a corrections officer in "Nightmare in Badham County", a 1976 made-for-TV movie. Other TV credits include "Look What's Happened to Rosemary's Baby" in 1976, "SST: Death Flight" in 1977, "Friendships, Secrets and Lies" in 1979, not to mention the soap opera "Dallas" during the show's 1978 and 1979 seasons.

Personal Life: Louise remains an active mainstay in New York City and is a member of the Academy of Motion Picture Arts and Sciences, not to mention a lifetime member of the prestigious Actors Studio.