What is Minka Kelly's Net Worth?

Minka Kelly is an actress and model who has a net worth of $5 million. Minka is best known for her starring role on the NBC television series "Friday Night Lights." She has also had main roles on the 2011 reboot of "Charlie's Angels," the science-fiction drama "Almost Human," and the superhero streaming series "Titans." On the big screen, Kelly has been in such films as "The Roommate," "Night Hunter," and "She's in Portland."

Minka Kelly was born as Minka Dumont Dufay in 1980 in Los Angeles, California. She is the only child of Maureen and former Aerosmith guitarist Rick Dufay, and is of French, Dutch-Indonesian, and French ancestry. Kelly was raised by her mother, with whom she moved to many different places around the United States. They ultimately settled in Albuquerque, New Mexico, where Kelly went to Valley High School. After graduating, she went back to Los Angeles to pursue a modeling career. While doing a test shoot for an agency, she was approached by a former Playboy Playmate who wanted to manage her. The Playmate placed Kelly as a receptionist at a surgeon's office that would give her breast augmentation in exchange for working hours. When Kelly declined the procedure, she was fired. However, this exposure to the medical field led to her attending school to become a surgeon's assistant. She went on to work as a scrub technician for four years.

While still working as a scrub technician, Kelly auditioned for many film and television roles. Her acting debut came in 2003, when she appeared in the short film "The Turbo Charged Prelude for 2 Fast 2 Furious." The next year, she was in episodes of the television sitcoms "Cracking Up" and "Drake & Josh."

In 2005, Kelly appeared in an episode of the NBC drama series "American Dreams," and had a three-episode recurring role on The WB sitcom "What I Like About You." Kelly had her acting breakthrough the following year, when she was cast as a series regular on the NBC drama "Friday Night Lights," about a high school football team in the small town of Dillon. To prepare for her role as cheerleader Lyla Garrity, Kelly spent time training with the Pflugerville High School cheerleading squad. She appeared on the show in a starring capacity from seasons one through three, and then returned in a guest role for season four. Following this, Kelly played the protagonist in The CW pilot "Body Politic," which was ultimately not picked up by the network. Later, in 2010, Kelly began a recurring role on the NBC drama "Parenthood." For nine episodes, she played the character of Gaby, a behavioral aide to Max, a child with Asperger syndrome. 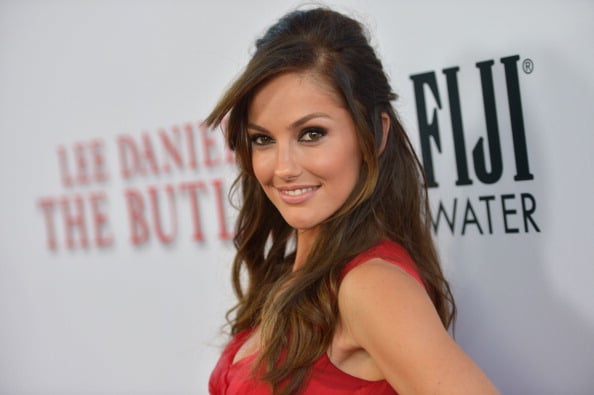 In 2011, Kelly began appearing as street racer Eve French on the ABC reboot of "Charlie's Angels." However, due to low ratings and poor reviews, the series was canceled after the fourth episode. After this, Kelly had another short-lived starring role on the Fox science-fiction series "Almost Human," which ran for 13 episodes between 2013 and 2014. The actress followed this with a number of guest-starring roles, appearing on shows such as "Man Seeking Woman," "The Path," "Jane the Virgin," and "Bull." She also starred in the made-for-television film "The Beach House," based on the Mary Alice Monroe novel. In 2018, Kelly began playing the dual roles of Dawn Granger and Dove on the superhero series "Titans," based on the DC Comics team of Teen Titans. A recurring character in season one, she was promoted to a main role for the following seasons.

Kelly had her first major film role in "The Pumpkin Karver," a horror slasher film from 2006. The same year, she had a small part in "State's Evidence." Next, in 2007, Kelly made a cameo appearance in the action thriller "The Kingdom," directed by "Friday Night Lights" creator Peter Berg. Another small role came in 2009, when she appeared in the final scene of the romantic comedy "(500) Days of Summer" as the potential new love interest of the main character.

In 2011, Kelly had one of her biggest film roles yet in the psychological thriller "The Roommate." In the film, she plays a college freshman whose roommate, portrayed by Leighton Meester, harbors a violent obsession with her. Kelly received Teen Choice and MTV Movie Award nominations for her performance. The same year, she appeared in the Adam Sandler and Jennifer Aniston romcom "Just Go with It," and played the female lead in the mystery comedy "Searching for Sonny." Kelly went on to appear in the Lee Daniels historical drama "The Butler"; the literary adaptation "The World Made Straight"; the biographical film "Papa: Hemingway in Cuba"; and the psychological thriller "Night Hunter," starring Ben Kingsley, Henry Cavill, and Alexandria Daddario. Among Kelly's other credits are the 2020 dramedy "She's in Portland" and the 2021 gangster drama "Lansky," starring Harvey Keitel in the titular role.

Kelly began dating actor Chris Evans in 2007. After splitting the next year, she was romantically involved with New York Yankees player Derek Jeter. Following the end of their relationship, Kelly reunited with Evans in 2012, before finally breaking up with him in 2013. Later, from 2017 to 2018, Kelly dated actor Jesse Williams.

An avid baker, Kelly attended the New School of Cooking in Culver City, California, graduating in 2015.