Kristen Stewart Net Worth and Salary: Kristen Stewart is an American actress and director who has a net worth of $70 million. Kristen Stewart's career has spanned early work as a child actor through becoming one of the biggest movie stars in the world in the Twilight series of films, then going on to favor roles in smaller, independent films as well as the occasional studio blockbuster. Her biggest payday was probably the $25 million (plus an impressive 7.5 percent of the gross) she made for both parts of The Twilight Saga: Breaking Dawn, released in consecutive Novembers in 2011 and 2012.

Early Life: Kristen Stewart was born on April 9th, 1990 in Los Angeles, California, to John Stewart and Jules Mann-Stewart, both of whom work in show business themselves (he as a TV producer and stage manager, she as a script supervisor and director).

Growing up surrounded by the entertainment industry undoubtedly played a role in starting Stewart off early in acting, and she began her career in earnest at the early age of eight years old – despite the fact that according to Stewart herself she did not have ambitions to be an actor or celebrity as a youngster.

Acting Career: Stewart's first break came after a talent agent saw her performing in an elementary school play. After that, she went through a yearlong process of auditioning for various parts before landing a small, non-speaking role in a Disney Channel TV movie. From there a variety of other small parts came until she finally got the role of Jodie Foster's daughter in David Fincher's thriller Panic Room.

It was only a matter of time after her memorable turn in Panic Room that Stewart would be starring in films of her own. Her first leading role came when she was 14 in the 2004 movie Catch That Kid. That same year she received more acclaim for her role in the TV movie Speak, playing a young teenager rendered mute after being sexually assaulted. The following year she worked with director Jon Favreau in Zathura: A Space Adventure, followed by appearances in movies like Fierce People, The Messengers, Into the Wild, Jumper, and What Just Happened. But it was in 2007 that Stewart officially landed the role that would make her a household name: Isabella "Bella" Swan in the series of films based on the massively popular young adult vampire romance Twilight novels.

Stewart was accused by critics at the time of being "wooden" and "blank" in the role of Bella, and it's taken years for her to recover her reputation as an actor, despite her acclaimed performances in films like Adventureland and The Runaways that came out while the series was still ongoing. After the conclusion of the Twilight saga, she appeared in one more big franchise movie in 2012 (Snow White and the Huntsman) before an almost decade-long retreat into independent films. She also began routinely making lists of highest-paid actors in Hollywood around this time, thanks mostly to her role Twilight star turn.

After twilight, Stewart began her working relationship with director Olivier Assayas, which has so far produced the films Clouds of Sils Maria in 2014 and Personal Shopper in 2016. Also in 2014 she reunited with her Adventureland costar Jesse Eisenberg for the spy thriller comedy American Ultra. And in 2016 she starred in the Woody Allen film Cafe Society as well as the official video for the Rolling Stones song "Ride 'Em On Down." Then in 2017 she stepped behind the camera to make her directorial debut with the short film Come Swim. 2019 and 2020 saw Stewart coming back to big studio franchise films, with roles in the Charlie's Angels reboot directed by Elizabeth Banks and the science-fiction horror movie Underwater. 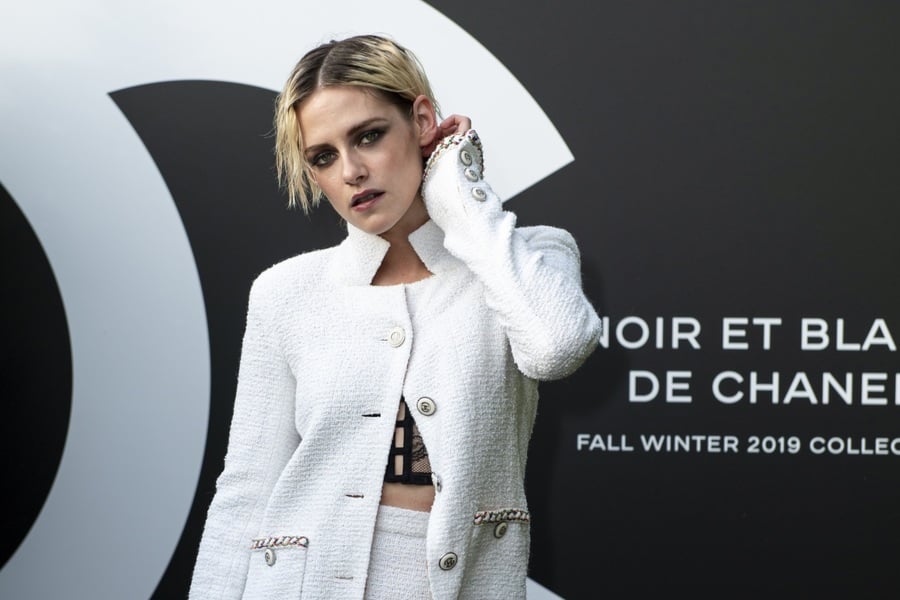 Personal Life: Kristen Stewart identifies as bisexual and has dated both men and women, from her Twilight costar Robert Pattinson to songwriter and guitarist Annie Clark (better known as St. Vincent). She's also devoted some of her time to philanthropic efforts, including a reported 15-minute meeting with an anonymous Middle Eastern prince that raised half a million dollars towards Hurricane Sandy relief.

Kristen Stewart Salary Highlights: As previously mentioned, Kristen Stewart's biggest salary highlight is probably the $25 million plus 7.5 percent backend she made for both parts of the last Twilight movie – substantially more than the $2 million she made for the first installment. Also in 2012 (the year of the final Twilight film), she made another $9.5 million for her role in Snow White and the Huntsman.

Kristen Stewart Quote on Money: "Making movies is just as much of a game. They say Hollywood is like high school with money"

Real Estate: Kristen Stewart's private nature and low-key persona might be the reason she hasn't made too many flashy real estate purchases over the course of her career, at least not ones that are public knowledge. But she did make a few real estate headlines in October of 2012 when it came out that a couple months previously she'd plunked down almost $2.2 million on a mansion in the Los Feliz neighborhood of Los Angeles. It's a 3,361-square-foot mansion with four bedrooms and four and a half baths, and is reportedly located very close to the house she once shared with Robert Pattinson. Out back, the mansion has a veranda, a swimming pool with spa, a fire pit, and multiple terraced gardens.