Kelly Preston net worth and salary: Kelly Preston was an American actress and former model who had a net worth of $180 million at the time of her death. That was a combined net worth with her husband of three decades, fellow actor John Travolta. Most of the family's wealth came from John's career. Tragically, Kelly died on July 12, 2020 at the age of 57 after a battle with breast cancer.

Early Life: Preston was born on October 13, 1962 in Honolulu, Hawaii and was given the name Kelly Kamalelehua Smith. Her mother, Linda, worked as an administrator at a mental health center and her father worked for an agricultural firm. After her father's death by drowning when Preston was three years old, her mother married Peter Palzis, a personal director. The two had a son together, Preston's half-brother Chris.

As a child, Preston lived in many places around the world, spending parts of her childhood in Hawaii, Iraq, and Australia. When she was living in Australia at age 16, she was discovered by a fashion photographer her helped her book early work in commercials. It was during this period that she changed her last name to Preston. She graduated from Punahou School in Honolulu, HI in 1980 and then attended the University of Southern California where she studied drama and theater.

Career: Preston continued auditioning for roles in television and film during her early 20s while she was living in California. He first prominent role came in 1985 when she was cast as character Marilyn McCauley in the film "Mischief." She then was cast in another teen comedy, "Secret Admirer." In 1986, she had a role in the film "SpaceCamp" followed by a role in 1988's "Twins" alongside Arnold Schwarzenegger and Danny DeVito. She had another prominent role in the 1996 film "Jerry Maguire" opposite of Tom Cruise.

The second half of the 1990s was quite busy for Preston. She starred in "For Love of the Game" with Kevin Costner and worked with Eddie Murphy and Jeff Goldblum in the 1998 film "Holy Man." She also appeared in "Nothing to Lose" in 1997 with Martin Lawrence and Tim Robbins and in the 1998 film "Jack Frost."

In the year 2000, Preston played the on-screen girlfriend of her husband John Travolta's character in the film "Battlefield Earth." She was nominated at the satirical Golden Raspberry Awards in the "Worst Supporting Actress" category and won the award for her role in that film. In 2004, Preston appeared in the Maroon 5 music video, "She Will Be Loved." She then played a superhero mother in the 2005 film "Sky High." In 2007, she appeared in the crime thriller "Death Sentence" opposite of Kevin Bacon. The following year, she appeared in the television pilot "Suburban Shootout" and also had a recurring role in the television series "Medium." In 2008, Preston starred in "The Tenth Circle," a Lifetime original television film. Her co-stars were Britt Robertson, Michael Riley, Jamie Johnston, Ron Eldard, and Geordie Brown. She also appeared in episodes of "Kirstie Alley's Big Life" in 2010 and "CSI: Cyber" in 2016.

Preston did not do as much acting work in the later years of her life. She did appear in a number of television and advertising campaigns for the skincare brand Neutrogena, as she was one of the brand's spokesmodels. Her final film appearance is in "Off the Rails," a 2021 comedy-drama film following three friends who embark on a European adventure. 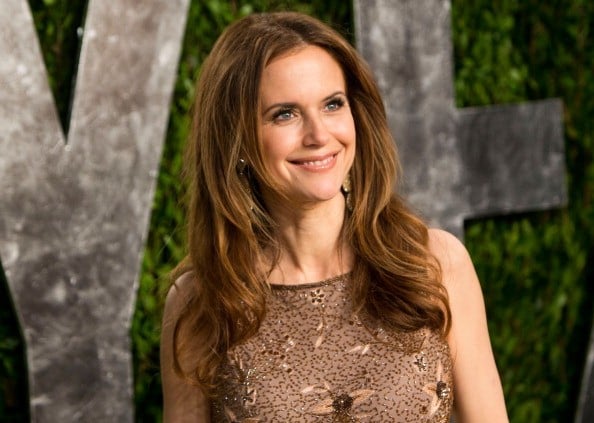 Personal Life: In 1985, Preston married actor Kevin Gage. The two remained married until their divorce two years later in 1987. She dated George Clooney during the late 1980s and then began a relationship with Charlie Sheen, whom she was engaged to briefly in 1990.

In the midst of this period, Preston was working on the film "The Experts" along with co-star John Travolta. The two began dating and were married in September of 1991 at the Hotel de Crillon in Paris. The couple then had a second ceremony a week later in Florida, as the first was considered invalid as it was performed by a French Scientology minister. Both Travolta and Preston were Scientologists. During their marriage, the couple had three children: Jett, Ella, and Benjamin.

In January of 2009 while the family was vacationing in the Bahamas, the eldest son Jett died from having a seizure. Jett had had a history of seizures and also had been diagnosed with autism. His death resulted in a trial, as Preston and Travolta alleged that there was an extortion attempt related to their son's death that involved members of the Bahamian government. All charges against the three defendants were eventually dismissed after Travolta and Preston decided to drop the case after an initial mistrial.

Death: Preston was diagnosed with breast cancer at the age of 55, though she did not widely share the news. She sought treatment but ultimately lost the battle to cancer two years later. She died on July 12, 2020 in Clearwater, Florida.

Real Estate: In 1993, John and Kelly spent $3.5 million on a 2.35-acre home in LA's Brentwood neighborhood. The property features an 8,100 square-foot main house, 7 bedrooms, 8 bathrooms, a tennis court, playground and large swimming pool. In January 2020, John and Kelly sold the home to next door neighbor Scooter Braun, the mega-producer/manager behind the success of Justin Bieber, Ariana Grande and more, for $18 million. Braun and his wife Yael Cohen purchased the lot next door in 2014 for $13.1 million. Yael's parents, an extremely wealthy couple named David and Diane – who earned a fortune in the mining industry, own a $12.5 million house across the street.

John and Kelly maintain a $2.65 million LA home in Calabasas which was purchased in September 2019.

Outside of LA, the Travoltas own a 50-acre estate in Maine, a mansion in Clearwater, Florida near the headquarters of Scientology and a very unique home in Ocala, Florida in a neighborhood called the Jumbolair Aviation Estates. This neighborhood is a working private airport for large planes. John and Kelly were some of the first land purchasers in the development. The runway is large enough for John, an avid aviator, to operate his Boeing 707 from the property.