Early Life:  John Stamos was born John Phillip Stamos on August 19, 1963, in Cypress, California. He grew up with mother Loretta (a model), father William (a restaurateur), and younger sisters Janeen and Alaina. William was a Greek immigrant, and his surname was originally Stamatopoulos. When he was growing up, John worked at his father's fast food restaurants, and as a teenager, he worked at Duke's and Yellow Basket in Orange County. While attending John F. Kennedy High School, Stamos played drums in the school's marching band and loved listening to The Beach Boys (who he would end up performing with later in life). John planned to attend Cypress College in 1981, but he decided to focus on an acting career instead and booked a role on "General Hospital" 3 weeks later.

TV and Film Career: Stamos played Blackie Parrish on soap opera "General Hospital" from 1982 to 1984, earning a Daytime Emmy Award nomination (Outstanding Actor in a Supporting Role in a Daytime Drama Series) and 2 Soapy Awards (Most Exciting New Actor and Outstanding Actor in a Supporting Role). He won lead roles on CBS sitcom "Dreams," which ran for 12 episodes in 1984, and NBC's "You Again?," which aired 26 episodes from 1986 to 1987. In 1986, he made his big screen debut with a starring role in "Never Too Young to Die." John began playing Jesse Katsopolis (aka "Uncle Jesse") on ABC's "Full House" in 1987 and appeared in all 192 episodes of the sitcom's 8 seasons. 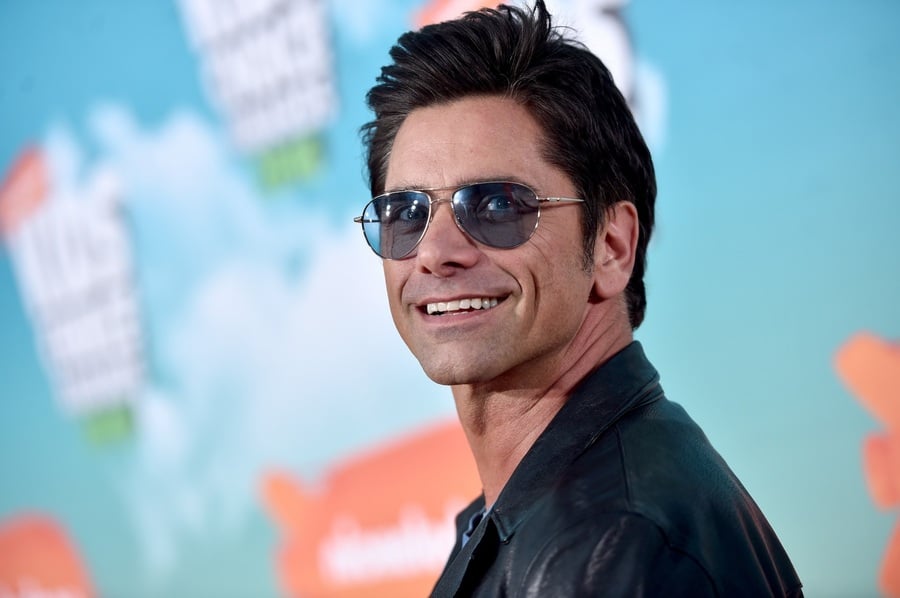 Music Career: John began learning to play the drums at just 4 years old, then took up the guitar as well. At 13, he started a band, "Destiny," with some friends, and they performed at parties and amusement parks. Stamos played congas on the 1994 album "Shades of Blue" with fellow musicians Lanny Cordola, David Enos, Gary Griffin, Tony Guerrero, and Sandra Stephens; the album was re-released digitally in 2010. In 2006, John performed Billy Joel's "Lullabye (Goodnight, My Angel)" on the "Unexpected Dreams" charity album, and he has performed with The Beach Boys several times since 1985. He played the steel drums and congas in The Beach Boys' 1988 video for "Kokomo" and took on lead vocal duties on the track "Forever" for their 1992 album "Summer in Paradise." Stamos performed with The Beach Boys on "Dancing with the Stars" in 2010 and during PBS' 2018 "A Capitol Fourth" special, which he also hosted, as well as several dates on their "50th Reunion Tour."

Theatre Career: John made his Broadway debut in a 1995 production of "How to Succeed in Business Without Really Trying" at the Richard Rodgers Theatre, then went on to appear as the Master of Ceremonies in "Cabaret" (2002) and Guido Contini in "Nine" (2003). In 2009, Stamos starred as Albert Peterson in "Bye Bye Birdie" and won a Golden Icon Award for his performance. He also appeared in "Chance & Chemistry" (2009) and "The Best Man" (2012) on Broadway and played Corny Collins in a 2011 production of "Hairspray" at the Hollywood Bowl.

Personal Life:  John proposed to model/actress Rebecca Romijn on Christmas Eve in 1997, 3 years after meeting her at a Victoria's Secret fashion show. They wed on September 19, 1998, in Beverly Hills and divorced in March 2005. Stamos became engaged to model/actress Caitlin McHugh in October 2017, and they were married on February 3, 2018. John and Caitlin met while guest-starring on "Law and Order: SVU" in 2011, but they did not begin dating until 2015 after McHugh attended a taping of a "Fuller House" episode that her roommate appeared in. John proposed at Disneyland, Caitlin's favorite place, and they welcomed son William on April 10, 2018.

In 2018, John and Caitlin created a jewelry line, St. Amos Jewelry, donating all the proceeds to Childhelp, a foundation that is dedicated to helping victims of child abuse. Stamos is a huge Elvis Presley fan and won a TV Land Award for Favorite Elvis Impression in 2007.