What is Jennifer Connelly's Net Worth?

Jennifer Connelly is an American film actress who has a net worth of $50 million. That is a combined net worth with her husband, fellow actor Paul Bettany. She is probably best known for appearing in films such as "Requiem for a Dream", "A Beautiful Mind" and "Blood Diamond". Magazines including Time, Vanity Fair and Esquire, as well as the Los Angeles Times newspaper have included her on their lists of the world's most beautiful women.

Jennifer Connelly was born December 12, 1970 in Cairo, New York and was raised in Brooklyn Heights. She attended Saint Ann's, a private school that specializes in the arts. Before embarking on a film career Connelly modeled, beginning at the age of 10, and appeared on the covers of such magazines as Seventeen and Muppet Magazine. Connelly recorded two pop songs in 1986 for the Japanese market, "Monologue of Love" and "Message of Love." She landed her first leading role in 1985's "Phenomena." She acted in her first film Once Upon A Time in America (1984) at the age of 11. That same year, she took the lead in the coming of age film "Seven Minutes in Heaven."

In 1986, she gained some notoriety when she acted opposite David Bowie in Jim Henson's "Labyrinth," in which she played Sarah Williams. Connelly had already appeared in nine films by the time she turned 20. She took a break from acting to study English Literature at Yale University upon graduating high school. After two years she transferred to Stanford where she studied drama and trained with Roy London. She left college before she graduated in order to return to the movie industry.

Connelly starred alongside Frank Whaley in the 1991 romantic comedy "Career Opportunities." Later that year she starred in the big budget Disney film "The Rocketeer." Connelly appeared alongside Jason Priestley in the music video for Roy Orbison's "I Drove All Night" and later appeared in the films "Of Love and Shadows," "Higher Learning," "Far Harbor," "Mulholland Falls," "Inventing the Abbotts," and "Dark City."

Even with her early success, Connelly remained relatively unknown to the general public until the 2000 film Requiem for a Dream. Connelly earned high praise for her portrayal of Marion Silver and The New York Times raved, "Ms. Connelly has never before done anything to prepare us for how good she is here." Her next career-elevating performance was in the acclaimed 2001 film A Beautiful Mind. The film won four Academy Awards, including Best Picture and Connelly won 10 separate honors for her performance, including a Golden Globe and an Academy Award for Best Supporting Actress. 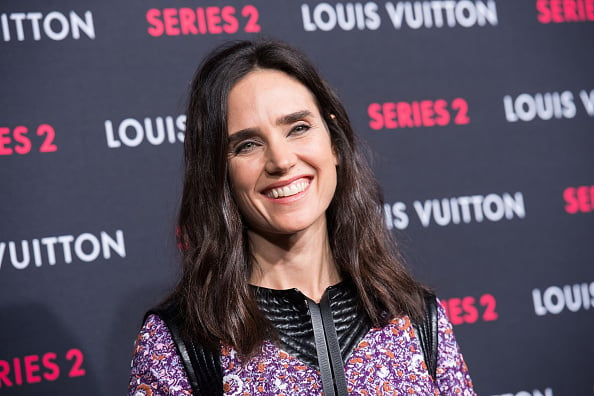 Connelly has gone on to star in other acclaimed and popular films such as playing love interest Betty Ross in The Hulk in 2003. That same year, she portrayed a struggling drug addict in House of Sand and Fog. In 2006, she starred opposite Leonardo DiCaprio in the well-reviewed Blood Diamond as an American journalist attempting to expose corrupt diamond companies in war-torn Sierra Leone. In 2008, she starred with Keanu Reeves in The Day the Earth Stood Still. In 2012, Connelly appeared in "Virginia," having prepared for the title role of a mentally unstable woman by spending time at the New York State Psychiatric Institute and studying documentaries on schizophrenia.  She received high acclaim for her role.

Next up she starred with Vince Vaughn in Ron Howard's comedy "The Dilemma." Her next two projects in 2012 were "Salvation Boulevard" and starring opposite Greg Kinnear in "Stuck in Love." She went on to star in "Shelter," "Winter's Tale," "Aloft," "Noah," "American Pastoral," "Spider-Man: Homecoming," "Only the Brave," and "Alita: Battle Angel." Beginning in 2020, she has starred in the TV series "Snowpiercer" as Melanie Cavill. She is set to star in 2022's "Top Gun: Maverick" as Penelope "Penny" Benjamin.

Outside of acting, Jennifer Connelly was named Amnesty International Ambassador for Human Rights Education in 2005 and has been the face of Balenciaga fashion advertisements as well as for Revlon cosmetics, and in 2012 she was named the first global face of the Shiseido Company.

Jennifer Connelly struck up a romance with her co-star Billy Campbell while filming "The Rocketeer." The pair got engaged but ultimately split in 1996 after five years together. Connelly had a son, born in 1997, with photographer David Dugan.

Connelly has been married to fellow actor Paul Bettany since 2003. They met while filming A Beautiful Mind and were married in a private ceremony in Scotland. They have two children, a son born in 2003 and a daughter born in 2011. The family resides in Brooklyn Heights, NY.

In 2008, Paul Bettany and Jennifer Connelly purchased a penthouse in Manhattan for $6.92 million. Located in Tribeca, the property features over 4,000 square feet of living space, a sunroom, and almost 1,400 square feet of private outdoor roof space. The vintage building was originally constructed back in the 1890s with exposed brick walls and a wood-burning stove. In 2018, it was reported that Bettany and Connelly had sold this property for $9 million.

In the same year that they sold their old penthouse, the couple upgraded to a $15.5-million townhouse in Brooklyn Heights. Real estate agents allegedly commented that it was one of the most lucrative real estate deals ever made in the borough. The townhouse features over 8,000 square feet of living space and offers incredible views of the city skyline, including the Statue of Liberty.