Ian Somerhalder net worth and salary: Ian Somerhalder is an American actor and model who has a net worth of $12 million. He is best known for being part of the casts of "Lost" and of CW's "The Vampire Diaries." That is a combined net worth with his wife since 2015, actress Nikki Reed.

Early Life: Ian Somerhalder was born and raised in Covington, Louisiana, a small southern town, on December 8, 1978. The son of Edna, a massage therapist, and Robert Somerhalder, an independent building contractor, Ian is the second of three children. He went to Mandeville High School after attending a private Catholic school in his youth. Ian was a model from ages 10 to 13 and at the age of 17 he started acting.

Career: In the summer of 2000, Ian starred in the WB series "Young Americans", which was a "Dawson's Creek" spin-off. He played the character of Hamilton Fleming, the son of the dean of a prestigious boarding school. The series was short lived, however, lasting just eight episodes before its cancellation. He co-starred with James Van Der Beek, Jessica Biel, and Shannyn Sossamon in "The Rules of Attraction" in 2002, playing bisexual character Paul Denton in the adaptation of the Bret Easton Ellis novel.

Alongside working on "The Vampire Diaries", Ian was cast in the film "Time Framed" in October 2012. Over the years he has also made appearances in "CSI: Crime Scene Investigation", "Law & Order: Special Victims Unit", "CSI: Miami", and "Smallville." In 2018, Ian was cast in the role of Dr. Luther Swann in the Netflix science fiction horror series "V Wars." It was also short lived, however, premiering in December 2019 and cancelled by March 2020. 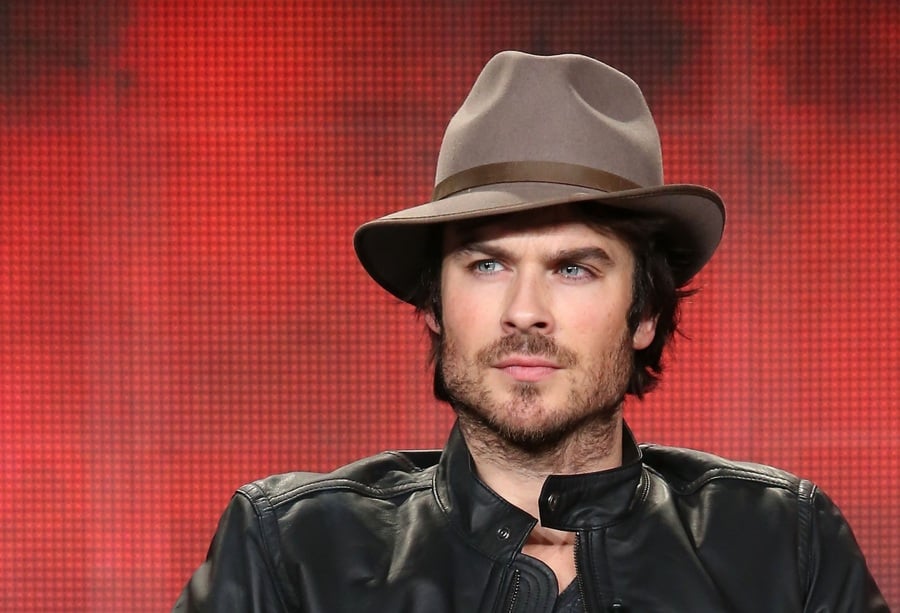 Philanthropy: Ian assisted in the cleanup after the Deepwater Horizon oil drilling disaster in 2010. He also supports the St. Tammany Humane Society, an animal shelter organization. In November of 2010, Ian hosted a Bash on the Bayou charity foundation for the humane society, during which he was presented with a donation of $11,100 by "The Vampire Diaries" fandom.  Along with his former "The Vampire Diaries" co-stars Candice Accola and Michael Trevino, Ian supports the It Gets Better Project, which aims to prevent suicide between LGBTQ youth.

He launched the Ian Somerhalder Foundation in 2010, on his 32nd birthday in December 2010, with hopes to educate people on the importance of protecting animals and the environment. Ian opposes GMO foods and factory farming.

Personal Life: Ian was previously in a relationship with "The Vampire Diaries" co-star Nina Dobrev. He began dating actress Nikki Reed in 2014. They were engaged in February 2015 and married on April 26, 2015 in Malibu. They have a daughter, Bodhi Soleil, born in July 2017.