What is Cybill Shepherd's Net Worth?

Cybill Shepherd is an American actress and former model who has a net worth of $40 million. Cybill Sheperd is known for her roles in such films as "The Last Picture Show," "The Heartbreak Kid," "Taxi Driver," and "Alice." On television, she had main roles on "Moonlighting," "Cybill," and "The Client List," and played recurring roles on "The L Word" and "Psych." Shepherd has also been in numerous television films throughout her career.

From 1985 to 1989 she played Maddie Hayes on Moonlighting on ABC opposite Bruce Willis. For that role Shepherd won two Golden Globes. She had her own sitcom "Cybill" on CBS from 1995 to 1998 for which she won a Golden Globe. The Cybill TV show aired 87 episodes and at the time made her one of the highest-paid women on television.

Cybill Shepherd was born on February 18, 1950 in Memphis, Tennessee to William, who managed a home appliance business, and Patty, a homemaker. As a teen, she went to East High School, and while still attending, won the Miss Teenage Memphis title. Shepherd went on to represent the city in the 1966 Miss Teenage America pageant, where she won the award for congeniality. Two years later, she competed in the 1968 Model of the Year contest, launching her to fashion stardom. Shepherd subsequently worked as a fashion model, and appeared on the cover of Glamour in 1970.

After seeing the Glamour cover graced by Shepherd, filmmaker Peter Bogdanovich cast the young woman in his 1971 coming-of-age drama "The Last Picture Show." In her debut film role, Shepherd played coquettish teenager Jacy Farrow in a cast including Jeff Bridges, Timothy Bottoms, Cloris Leachman, Ellen Burstyn, and Ben Johnson. The film was a massive hit, earning eight Academy Award nominations. Shepherd, meanwhile, was nominated for the Golden Globe for New Star of the Year – Actress. She followed this success with another hit film, Elaine May's 1972 romantic comedy "The Heartbreak Kid," in which she starred opposite Charles Grodin. Next, Shepherd reunited with Bogdanovich to play the titular role in his 1974 literary adaptation "Daisy Miller." The following year, she costarred with Burt Reynolds in another Bogdanovich film, the jukebox musical "At Long Last Love."

In 1976, Shepherd had a significant role in Martin Scorsese's psychological drama "Taxi Driver," playing the political campaign volunteer with whom Robert De Niro's character becomes infatuated. The same year, she costarred with Bo Svenson in the neo-noir comedy "Special Delivery." Shepherd closed out the 70s with starring roles in "Silver Bears" and the 1979 remake of "The Lady Vanishes."

In the 80s, Shepherd starred in the science-fiction film "The Return" and the romantic comedy "Chances Are." Early in the next decade, she reprised her role as Jacy Farrow in Bogdanovich's sequel to "The Last Picture Show," called "Texasville." She went on to appear in Woody Allen's romantic fantasy "Alice"; Arthur Hiller's drama "Married to It"; Eugene Levy's black comedy mystery "Once Upon a Crime…"; and Albert Brooks' comedy "The Muse."

Shepherd's credits in the 00s include "Marine Life," "Hard Luck," "Barry Munday," "Another Harvest Moon," and "Listen to Your Heart." In 2010, she appeared alongside her "Last Picture Show" costar Cloris Leachman in the dramedy "Expecting Mary." Five years later, she was in the Christian drama "Do You Believe?," and reunited with Bogdanovich for his screwball comedy "She's Funny That Way." Later, in 2020, Shepherd was part of the ensemble cast of Eleanor Coppola's "Love is Love is Love."

Shepherd made her small-screen debut in 1983, appearing in an episode of "Fantasy Island." The same year, she landed a main role on the NBC soap opera "The Yellow Rose," which ran for one season through 1984. Shepherd was launched to television fame the next year, when she began playing Madelyn "Maddie" Hayes on the ABC series "Moonlighting." For her performance, she earned two Golden Globe Awards for Best Actress in a Television Series Musical or Comedy. "Moonlighting" ran through 1989. Six years later, Shepherd had another highly acclaimed role playing the titular character on the CBS sitcom "Cybill." She played Cybill Sheridan, a struggling actress whose experiences were loosely based on her own. Shepherd earned numerous award nominations for her work over the show's four seasons, and took home another Golden Globe for Best Actress in a Television Series Musical or Comedy. Also in the 90s, Shepherd was in many television films, including "Memphis," "Stormy Weathers," "Telling Secrets," "There Was a Little Boy," "Baby Brokers," and "While Justice Sleeps." 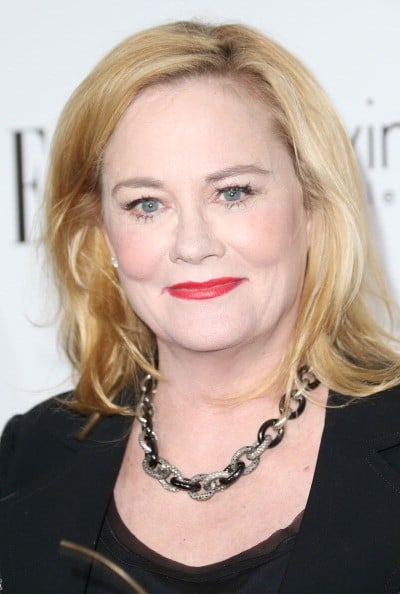 In 2003, Shepherd guest-starred in two episodes of the sitcom "8 Simple Rules," and portrayed Martha Stewart in the television film "Martha, Inc.: The Story of Martha Stewart." The following year, she was in two episodes of the sitcom "I'm With Her," and in 2005, played Martha Stewart again in the television film "Martha: Behind Bars." Shepherd had her next major role from 2007 to 2009, playing Phyllis Kroll in the final three seasons of "The L Word." From 2008 to 2013, she had a recurring role as Madeline Spencer on the detective dramedy "Psych." Subsequently, Shepherd was in episodes of "Samantha Who?," "Criminal Minds," "Eastwick," "Drop Dead Diva," "$h*! My Dad Says," and "No Ordinary Family." From 2012 to 2013, she starred opposite Jennifer Love Hewitt on "The Client List," based on the 2010 television film in which she also starred. Shepherd's subsequent credits included episodes of "Hot in Cleveland," "Franklin and Bash," and "Law & Order: Special Victims Unit."

Beyond acting, Shepherd has had a career as a recording artist. She released her debut studio album, "Cybill Does It… To Cole Porter" in 1974. This was followed by albums including "Mad About the Boy," "Cybill Getz Better," "Vanilla," "Somewhere Down the Road," and "At Home with Cybill."

As a writer, Shepherd released her bestselling autobiography, "Cybill Disobedience," in 2000. It was written in collaboration with Aimee Lee Ball. The same year, Shepherd hosted a short-lived talk show.

Shepherd revealed in her autobiography that she had dated Elvis Presley in the early 70s. She went on to date filmmaker Peter Bogdanovich and then actor Jack Nicholson.

In 1978, Shepherd wed David M. Ford, a Memphis nightclub entertainer and auto parts dealer. They had a daughter named Clementine, and divorced in 1982. In 1987, Shepherd became pregnant by chiropractor Bruce Oppenheim, and subsequently married him. The couple had twins named Molly and Cyrus, and divorced in 1990. Later, in 2012, Shepherd got engaged to Andrei Nikolajevic; however, they called off the engagement in 2015.

In 1995, Cybill spent $2.8 million for a 9000 square-foot home in Encino, California on 1.5 acres. That's the same as spending $5 million in today's dollars. In 2002 she listed a different home in Los Angeles for $3.5 million. She also owns a home in her native Memphis, Tennessee.