Cameron Diaz net worth and salary: Cameron Diaz is a California-born model and actress who has a net worth of $140 million. She first rose to fame in 1994 after appearing in "The Mask". She has maintained an A-list presence ever since, appearing in dozens of movies and earning hundreds of millions of dollars from acting salaries alone. With total box office ticket sales north of $7 billion, Cameron is currently the fifth highest-grossing U.S. actresses.

Early Life: Cameron Diaz was born on August 30, 1972 in San Diego, California. She was raised in Long Beach, California. For high school she attended Long Beach Polytechnic where she was classmates with Snoop Dogg.

Diaz has characterized her upbringing as frugal. Her family collected soda cans to turn in for extra money because that $20 meant something to them.

Blonde, leggy and gorgeous, Cameron signed with Elite Model Management at 16 and quickly began modeling professionally. During her first five years of modeling, she landed many high-profile fashion campaigns and print work while living abroad in such places as Japan, Australia and Paris.

Success: At 21, Diaz returned home to Southern California and, despite having no acting experience, auditioned for and won the female lead role opposite Jim Carrey in the 1994 film "The Mask". She took her first acting class AFTER landing the role. The movie was a huge hit, grossing more than $340 million worldwide, and turned Cameron into an instant star.

More film work rolled in over the next few years including 1997's "My Best Friend's Wedding". A year later, Cameron's career would jump yet another level after she starred in the titular role in the comedy "There's Something About Mary. That movie grossed $369 million worldwide and garnered Diaz her first Golden Globe nomination. Further award nominations shortly followed for her role in "Being John Malkovich", which was an instantaneous critical success. Diaz was featured in other successful films, such as "Charlie's Angels" (grossing $264 million worldwide), "Vanilla Sky", for which Diaz also received four prestigious award nominations, and the Academy Award-winning film "Gangs of New York".

Diaz provided the voice of Princess Fiona in the Shrek franchise, with the second film "Shrek 2", grossing $919 million worldwide.

Bad Teacher Paycheck: For 2011's "Bad Teacher", Cameron took a massive pay cut – $1 million up front – in exchange for a lucrative percentage of the film's backend gross. The movie went on to earn more than $210 million worldwide and when it was all said and done, Cameron walked away with $42 million. That's enough to be one of the 20 highest single-film paychecks ever earned by an actor. 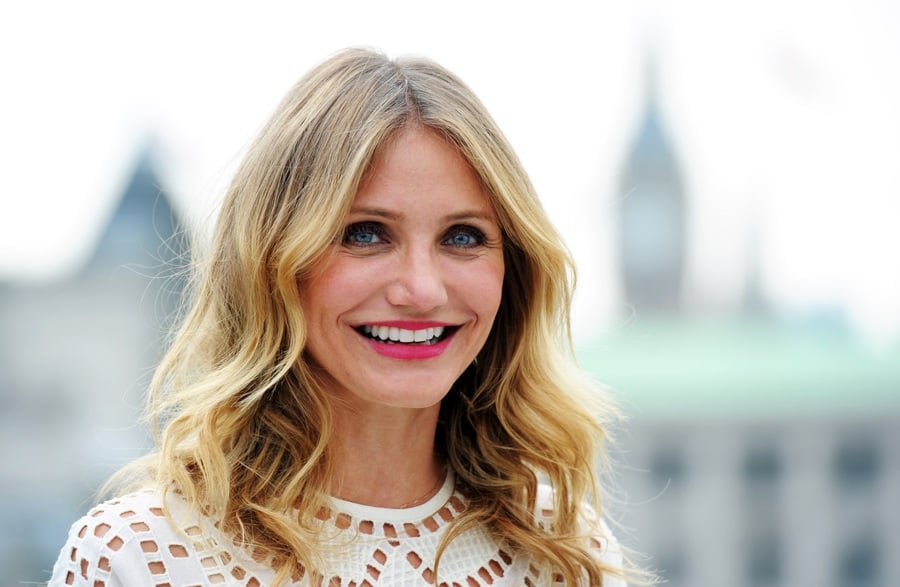 Retirement: Cameron retired from acting in 2014 and – so far – has stuck to that announcement. She has not appeared in a film or television project since the December 2014 release of "Annie".

Diaz received her star on the Hollywood Walk of Fame in 2009.

Real Estate: Cameron owns and has owned a number of impressive properties around the US, primarily in New York and California. In 2001 she spent $1.34 million for a home above the Sunset Strip in Los Angeles. She still owns this property but her primary residence is a much larger Beverly Hills compound that she picked up in 2010 for $9.5 million from fellow actress Candice Bergen. Nicole Richie and Joel Madden live a few houses down the block in a home that Nicole purchased in 2015 for $6.7 million.

In New York, Cameron for many years owned a loft in Greenwich Village which she sold in 2015 for $4 million. But don't worry, Cameron still has a place to rest her head in NYC thanks to the $9.5 million condo she picked up in 2013 in the Chelsea neighborhood.

In October 2020 Cameron and Joel paid $14.7 million for a new mansion in Beverly Hills. The 9,000 square-foot home has 7 bedrooms and 10 bathrooms and sits on 1.7-acres. The house is located in a gated community at the top of Beverly Hills.

Summary: Cameron Diaz has a net worth of $140 million. She has been retired since 2014 but during the peak of her career Cameron earned easily $200 – $250 million in film salaries alone. She was one of the first women to earn more than $20 million for a single film role. Her largest single paycheck came thanks to 2011's "Bad Teacher" for which backend points ultimately translated into a $42 million payday.

Will Smith Net Worth