What is Bradley Cooper's Net Worth?

Bradley Cooper is an American actor, director, producer, and filmmaker who has a net worth of $100 million dollars. Bradley Cooper is famous for his work in television and in films including such as "Alias," "The Hangover," "Wedding Crashers," "American Sniper," "Silver Linings Playbook," and "A Star Is Born" (which he also directed).

Bradley Charles Cooper was born on January 5, 1975, in Philadelphia, Pennsylvania. His mother Gloria worked for the local NBC affiliate. His father Charles, was a stockbroker at Merril Lynch. His mom is of Italian descent. His dad is of Irish descent. He has an older sister named Holly. He was raised Roman Catholic. He played basketball and enjoyed cooking. His dad introduced him to films like "The Elephant Man," and this inspired him to pursue acting. Cooper attended Germantown Academy and graduated from Georgetown in 1997 with a B.A. in English. He was a member of the rowing team in college. Cooper became fluent in French in college.  He received a Master of Fine Arts degree in acting from the Actors Studio Drama School in 2001.

Cooper made his television debut in 1999 on "Sex and the Cit"y in a minor role opposite Sarah Jessica Parker. Cooper's first film was the 2001 ensemble comedy "Wet Hot American Summer. Cooper reprised his role in the film's 2015 prequel "Wet Hot American Summer: First Day of Camp." In the television series "Alias" (2001–06), Cooper played Will Tippin, the best friend of Jennifer Garner's character.  Cooper's film career took off in the 2005 comedy "Wedding Crashers."  In September 2005, Cooper landed the leading role in the Fox series "Kitchen Confidential," based on Anthony Bourdain's memoir.

Cooper's breakthrough role came in Todd Phillips' 2009 comedy "The Hangover." Cooper appeared in the 2010 ensemble romantic comedy "Valentine's Day," directed by Garry Marshall. He then starred as the fictional character Templeton Faceman Peck in the feature film version of "The A-Team." 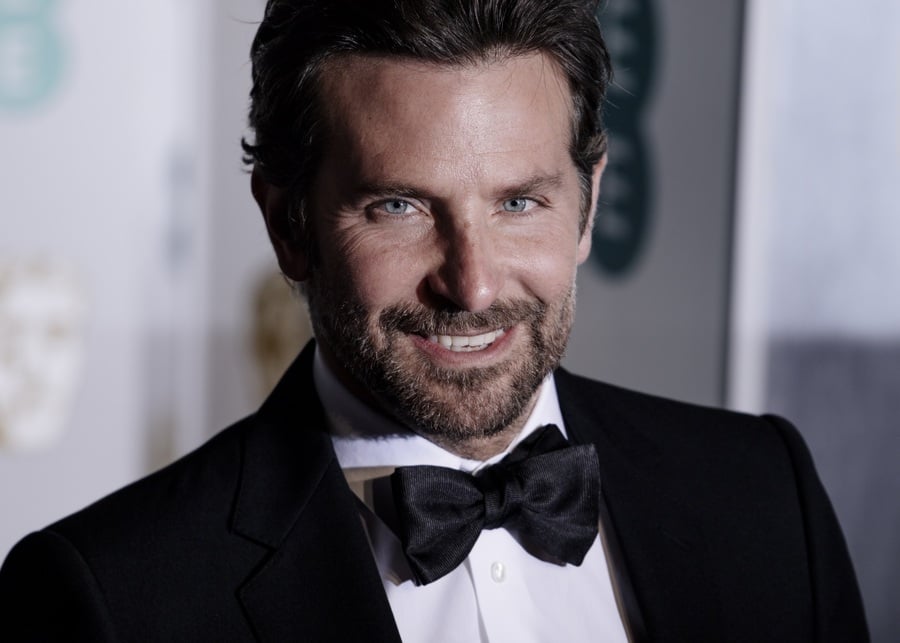 In 2011, Cooper starred in the thriller "Limitless." That same year he was in "The Hangover Part II." In 2012 he was in a number of films, most notably "Silver Linings Playbook." He earned an MTV Movie Award for Best Performance, as well as nominations for an Academy Award, Golden Globe Award, and Screen Actors Guild Award for Best Actor for "Silver Linings Playbook."

In 2013, Cooper appeared "The Hangover Part III." Later that year, he took on the role of an unhinged FBI agent in "American Hustle".  In 2014, Cooper co-produced and starred as United States Navy SEAL sniper Chris Kyle in "American Sniper." Cooper won an MTV Movie Award for Best Male Performance for his role as Chris Kyle. He was also nominated for another Academy Award for Best Actor.

In 2018, Cooper directed his first film, "A Star Is Born," a remake of the 1937 musical film of the same name. Cooper starred in the film as an established singer, Jackson Maine, whose romance with a woman named Ally (played by Lady Gaga) becomes strained after her career begins to overshadow his. For the film, Cooper received a National Board of Review Award for Best Director and two Golden Globe nominations, for Best Actor in a Drama and Best Director. Gaga and Cooper earned two Grammy nominations for "Shallow"—Record of the Year and Best Pop Duo/Group Performance. Cooper and Gaga won the Grammy for Best Pop Duo/Group Performance.  Cooper was also nominated for three Academy Awards: Best Picture, Best Actor, and Best Adapted Screenplay.

Cooper got engaged to actress Jennifer Esposito in October 2006. They married in December 2006. In May 2007, Esposito filed for divorce. The divorce was finalized in November. After his divorce, he dated Renee Zellweger and Zoe Saldana. He dated model Suki Waterhouse from March 2013 to March 2015. In April 2015 he began dating model Irina Shayk. In 2017, she gave birth to their daughter Lea de Seine. The couple split up in June 2019.

In 2011, Cooper and his mother moved to Los Angeles.

He is a fan of the NFL's Philadelphia Eagles.

Believe it or not, Bradley and the other Hangover actors were not the studios' first choices of star talent. Director Todd Phillips insisted they be hired and covered their salaries which amounted to less than $1 million total. The studio had such low expectations for the movie that it didn't think to sign the actors to sequel contracts. When the movie became a smash hit, the stars were able to score $5 million apiece for #2 and $10 million apiece for #3. Bradley Cooper is one of the highest-paid actors in Hollywood today. Bradley can earn as much as $20 million for a movie, but also takes smaller upfront salaries in exchange for revenue participation. Between June 2018 and June 2019, Bradley earned $60 million, which made him one of the 5 highest-paid actors on the planet. His monster earnings during that period were due to the fact that he did not take a salary for his directorial debut "A Star Is Born" which went on to earn $434 million globally. He also earned backend points off "Avengers: Endgame" for his role as Rocket in the franchise.

Sometime after that, he purchased a mansion in Pacific Palisades, California for about $4.4 million, which he shared with Irina Shayk until their breakup.

In 2018, Cooper dropped $13.5 million on a townhouse in New York City. The 4,000 square foot townhouse has six bedrooms and four and a half bathrooms across five floors.