What is Irving Azoff's Net Worth and Salary?

Irving Azoff is an American businessman who has a net worth of $400 million. Irving Azoff works as an executive in the entertainment industry. He has held a number of leadership positions in companies like Ticketmaster, Live Nation Entertainment, and IMG.

A one-time protege of David Geffen, Azoff began his career by setting up Front Line Management in the mid-'70s. Azoff developed a reputation for being a tyrant when dealing with record companies and Front Line eventually became the most powerful management firm in rock history, counting Boz Skaggs, Stevie Nicks, Heart, Jackson Browne and the Eagles (bequeathed to Azoff by Geffen) among its clients.

In 1983, Azoff followed Geffen's lead by becoming head of a major label—the floundering MCA label. Within a year the crafty executive turned the label from near bankruptcy into a moneymaker through deals such as the acquisition of the distribution rights for Motown and the signing of multi-platinum teen star Tiffany. Azoff resigned from MCA in 1989 to form his own label, Giant, which had early success with Color Me Bad and the New Jack City soundtrack. In 1994 Azoff orchestrated the wildly successful Eagles reunion album and subsequent tour, proving he still had the instincts to keep him on top.

Barney Hoskyns, in his book Hotel California about the late '60s and '70s Southern California rock scene, wrote that singer-songwriter Randy Newman's song "Short People" was directed at Azoff, whose height is 5′ 3″ because Azoff had aggressively pursued Newman for Azoff's Front Line management. Azoff is also known in the music industry as the "Poison Dwarf."

Azoff was born on December 12, 1947 in Danville, Illinois. Not much is known about his childhood or his parents but he was raised in a Jewish family and attended Danville High School. While he was still in high school, he began promoting and booking local bands and noticed he had skills in this area early on. He continued doing so when he became a student at the University of Illinois at Urbana-Champaign.

Azoff's first management client was the Champaign-based group, REO Speedwagon. He then began managing Dan Fogelberg. In 1972, he moved to Los Angeles along with Fogelberg and soon got a job with Geffen-Roberts Management. While at this company, he started working with the Eagles. This relationship then lasted for over forty years.

After over a decade of working in Los Angeles, he became the chairman of MCA Music Entertainment Group. During his six year career in this position, the struggling label became a successful one. He then left MCA and went to Warner Music Group, where he started Giant Records. He ran the record label for most of the 1990s until Azoff decided he would rather return to concentrating on managing artists specifically.

He continued managing artists into the 2000s and has been twice named "Manager of the Year" by two touring industry trade publications. He founded and worked as the chief executive of the management company, Front Line Management Group. In October of 2008, the ticketing company, Ticketmaster, announced it would acquire Front Line and Azoff became the chief executive officer of Ticketmaster. In February of 2011, he was named the chairman of Live Nation. By 2012, he topped the Billboard Magazine's Power 100 as the most powerful person in the music industry.

By 2013, Azoff founded the performance rights organization, Global Music Rights. The company worked by administering publishing for artists like John Lennon, George Harrison, Bruno Mars, Pearl Jam, Metallica, and Bruce Springsteen. The same year, he unveiled Azoff MSG Entertainment, a venture with The Madison Square Garden Company (MSG). He served as chairman and CEO and also worked as a consultant to MSG. The group managed various live event venues, including the Forum in Inglewood, CA. Azoff MSG Entertainment was involved in some controversy when they took part in a lawsuit against the city of Inglewood, in an attempt to stop the construction of a new arena for the Los Angeles Clippers. Leaked emails later revealed that MSG was attempting to lure the Los Angeles Lakers back to the Forum once their lease at the Staples Center was up. MSG also had an interest in halting the construction of the new arena for the competing NBA franchise. 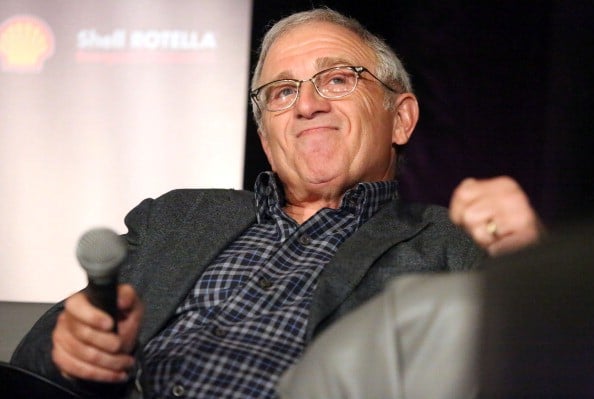 In 2015, he co-founded Oak View Group along with Tim Leiweke. One of the company's major projects includes building the Belmont Park Arena in Milan, Italy. In 2018, Azoff co-founded Iconic Artists Group along with Oliver Chastan. The group is an entertainment rights management company. The group was able to acquire the catalogs or interests in a number of major artists, including David Crosby and The Beach Boys. However, Azoff got in a bit of hot water in 2018 when Nicki Minaj accused Azoff of orchestrating a smear campaign against her upcoming tour. The tour were apparently able to reconcile, however, as Azoff soon after became Minaj's manager. Global Music Rights manages most of her songwriting credits as well.

In January of 2020, Azoff was honored by being one of the inductees into the Rock and Roll Hall of Fame by virtue of winning the Ahmet Ertegun Award, an award given to a non-performing music industry professional who has dedicated their life to supporting artists and their music.

Outside of music, Azoff has also co-produced a number of popular movies including "Fast Times at Ridgemont High," "Urban Cowboy," "Jack Frost," "Above the Rim," and "The Inkwell." In 2012, he appeared in the documentary film, "Artifact," which focused on the legal battle between the band Thirty Seconds to Mars and the record label EMI. He also played a thinly veiled version of himself in the "Documentary Now!" parody of "History of the Eagles" in 2015.

Azoff is married to wife Shelli Azoff. Neither of the pair openly speak about their personal life very often, but they have had four children together – Jeffry, Allison, Cameron, and Jaye. The couple purchased The Apple Pan, one of Los Angeles' oldest continuing operating restaurants. Soon after they purchased another restaurant, Nate n Al's, with a consortium of Los Angeles-based investors. The restaurant is also one of the older one is Los Angeles, having been founded in 1945.

In 2012 Irving and Shelli sold an oceanfront home in Malibu for $10 million. They continue to own several other properties in Malibu including one that spans 12-acres. They also own a number of houses in La Quinta, California and a mansion in Snowmass, Colorado.