What is Steve Chen's Net Worth?

Steve Chen is a Taiwanese internet entrepreneur who has a net worth of $500 million. He is best known for being the co-founder and previous Chief Technology Officer of the popular website YouTube. Google acquired YouTube in October 2006 for $1.65 billion in Google stock. Steve and his YouTube co-founder Chad Hurely later co-founded another video company called MixBit.

Steve Chen was born August 18, 1978 in Taipei, Taiwan. He was eight years old when his family immigrated to Prospect Heights, Illinois.

For college he attended the University of Illinois at Urbana-Champaign. It's unclear if this is a total coincidence, but his future YouTube co-founder Jawad Karim attended the same school. Jawad dropped out in his junior year.

Both Steve and Jawad moved to Silicon Valley where, once again not sure if this is coincidental, they both wound up working at PayPal which at the time was a fledgling startup.

In August 2000, eBay acquired PayPal for $1.5 billion in cash. Steve, Jawad and Chad all made a little bit of money from the sale. All three also stuck around for several more years. By early 2005 they had all left PayPal/eBay and were looking for the next big idea. They would frequently meet up at Max's Opera Cafe in Palo Alto, California to brainstorm startup ideas. In the meantime, Steve actually worked at Facebook for several months. 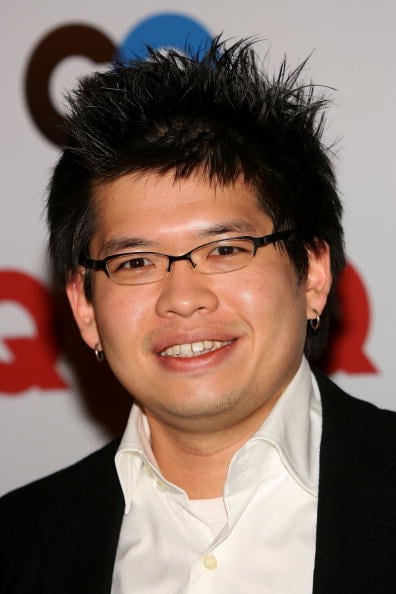 There are two versions of how YouTube was conceived. The first version has Jawad simply suggesting a video sharing website at one of their brainstorming sessions. Jawad purportedly had the idea after Janet Jackson's breasts were exposed during the Super Bowl halftime show and he found it difficult to locate the clip on the internet the following day. The second version, which may or may not be a bit of corporate PR/fiction, claims that Chad filmed a video at a dinner party hosted by Steve and they realized there wasn't an easy way to upload that clip to the web.

Either way, the first version of the YouTube website was launched in February 2005. In April 2005 Jawad uploaded the very first video to the site, a video had taken months earlier while visiting the San Diego Zoo.

Around the time of their launch MySpace was quickly rising as one of the most popular websites in the world. As millions of people created MySpace accounts, they soon discovered YouTube would allow them to upload and then embed a popular music video to their MySpace page. YouTube grew in lock-step with MySpace.

In December 2005 YouTube reached a tipping point thanks to a "Saturday Night Live" sketch called "Lazy Sunday." At the time, DVRs were still not in wide use so the day after "Lazy Sunday" aired and people wanted to see this video they heard so much about from friends who did catch it live, headed to the internet. YouTube made the video easily to find and watch online. This temporarily caused a copyright skirmish between YouTube and SNL and the video was actually removed from the platform in February 2006. The clip would not reappear on YouTube until August 2013 when it was finally re-uploaded by the officially SNL account.

On October 9, 2006, Google announced it had reached a deal to acquire YouTube for $1.65 billion in Google stock.

Steve Chen received 625,366 Google shares in the sale. The shares were worth $326 million on the day the deal closed. If he never sold a single share, by 2021 those shares would be worth nearly $2 billion.

In 2009, Steve Chen married Park Ji-hyun (now Jamie Chen). At the time Jamie was a Google Korea product marketing manager. Steve and Jamie have a son named Joseph and a daughter named Clara. They moved to Taipei, Taiwan in 2019.

The Chens are major supporters of the Asian Art Museum of San Francisco where Jamie was appointed a trustee in July 2012.