What Is Jesse Itzler's Net Worth?

Jesse Itzler is an American entrepreneur, rapper, and producer who has a net worth of $200 million. In addition to his music work, he co-founded both Alphabet City Sports Records, Sheets Energy Strips and Marquis Jet. He is also an owner of the Atlanta Hawks NBA team.

Jesse Itzler, also known as Jesse Jaymes, was born in Roslyn, New York on August 22, 1968 to Elese Itzler, the president of the Roslyn Board of Education, and Daniel Itzler, an inventor. He graduated from American University with a bachelor's degree in Justice, Law, and Society in the early '90s.

He released his debut album, "Thirty Footer in Your Face" in 1992 on the label Delicious Vinyl. His style of music, dubbed, "frat-rap", caught the attention of various artists, and he began writing for other groups including Tone-Loc. He released his music under the name Jesse Jaymes. His first song "College Girls (Are Easy)" failed to chart on Billboard but it became a club anthem. His second single "Shake It Like a White Girl" reached No. 74 on the Billboard Hot 1991 and was later featured on the soundtrack of "White Chicks" in 2004.

However, it was his song for the New York Knicks, "Go NY Go", which gained him the most widespread recognition. He went on to write songs for 50 other professional sports teams, and won an Emmy Award for his song for the NBA, entitled, "I Love This Game". Itzler also produced the theme song for "Inside the NBA" and worked on music for campaigns for Coca Cola and Foot Locker. Itzler collaborated on music with his partner Dana Mozie, whom he met in Washington in 1987. 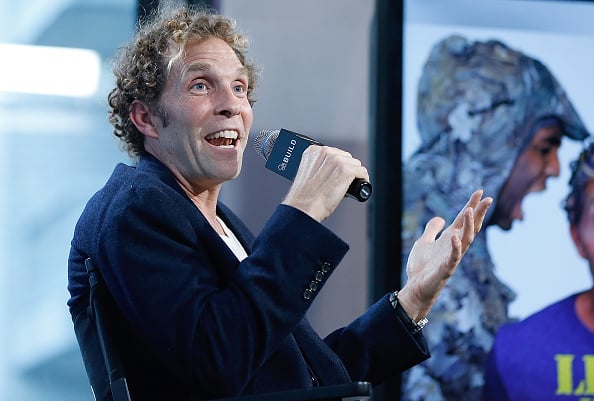 In addition to his music career, Jesse is an accomplished entrepreneur. He co-founded Alphabet City Sports Records with friend and CEO of Wheels Up Kenny Dichter. Alphabet City is known for setting highlights of historical play-by-play calls for pro sports teams to classic arena sports jams. Some of the teams that have utilized Alphabet City Sports Records include the Lakers, the Mavericks, and the Lakers. They sold the company in 1998 to SFX. Itzler co-founded Marquis Jet, one of the largest private jet companies in the world, in 2001. He served as the company's vice chairman until 2009, when the company was bought by the parent company of NetJets, Berkshire Hathaway. That same year, Itzler created a brand incubator and accelerator called the 100 Mile Group. They announced a partnership with ZICO Coconut Water and Coca Cola and in 2012, ZICO was bought by Coca-Cola.

Itzler released his first book, "Living With a Seal: 31 Days Training with the Toughest Man on the Planet" in November 2015, which ranked No. 1 on the LA Times book list and became a New York Times Best Seller. Also in 2015, Itzler, along with his wife Sara Blakeley and Rick Schnall, Steven Price, and Grant Hill, purchased the Atlanta Hawks from Bruce Levenson to the tune of $850 million dollars. Jesse continues to be a keynote speaker at conferences around the country.

Jesse Itzler is married to the billionaire creator of Spanx, Sara Blakely. The pair were married in 2008 at the Gasparilla Inn and Club in Boca Grande, Florida. They have four children. The family resides in Georgia.

Itzler is also an avid runner and competed in 2006 at the USA National Ultra Marathon Championship in Grapevine, Texas. He completed a 100 mile run in under 24 hours.