What is Brian Grazer's Net Worth?

Brian Grazer is a film and television producer and writer who who has a net worth of $400 million. Brian is perhaps best-known for co-founding the production company Imagine Entertainment with Ron Howard. Through the company, he has produced most of Howard's films, including "Apollo 13," "A Beautiful Mind," and "Frost/Nixon," all three of which earned him Academy Award nominations or wins. Meanwhile, on television, Grazer and his company have produced such shows as "Felicity," "Arrested Development," "Friday Night Lights," and "Empire."

Brian Grazer was born on July 12, 1951 in Los Angeles, California to Arlene, a Jewish woman, and criminal defense lawyer Thomas, who was Catholic. He has two younger siblings named Nora and Gavin. When Grazer was in high school, his parents divorced; he was subsequently raised by his little Jewish grandmother. For his higher education, he went to the University of Southern California on a scholarship. Although he began as a psychology major, he ended up graduating from the film school in 1974. Following this, Grazer attended USC Law School for a year, but left in 1975 to pursue his career in Hollywood.

Beginning of Producing and Writing Career

Grazer started his career developing television programs. In the late 70s, he produced the television movies "Zuma Beach" and "Thou Shalt Not Commit Adultery." He went on to executive-produce a number of television pilots at Paramount Pictures in the early 80s. While there, he met his future friend and business partner Ron Howard. Subsequently, Grazer produced his first feature film, Howard's "Night Shift," in 1982. Two years later, the duo reunited for the fantasy romance "Splash," on which Grazer also had a writing credit. The film earned him an Academy Award nomination for Best Original Screenplay.

In November of 1985, Grazer and Howard co-founded Imagine Entertainment, which went on to become one of Hollywood's most successful production companies. Its first feature film, the fantasy comedy "Like Father Like Son," came out in 1987. A couple years later, Grazer produced Howard's family dramedy film "Parenthood." His subsequent credits included "Kindergarten Cop," "My Girl," "Backdraft," "Far and Away," "Housesitter," "Boomerang," "For Love or Money," "My Girl 2," "Greedy," "The Paper," and "The Cowboy Way." Grazer had one of his greatest triumphs in 1995, when he produced Howard's historical space film "Apollo 13." A massive critical and commercial hit, the film won Grazer the Daryl F. Zanuck Motion Picture Producer of the Year Award from the Producers Guild of America. He also received an Academy Award nomination for Best Picture.

Among Grazer's producing credits in the 2010s are "Robin Hood," "The Dilemma," "Restless," "Cowboys & Aliens," "Tower Heist," "J. Edgar," "Rush," "Get on Up," "In the Heart of the Sea," "Inferno," "The Spy Who Dumped Me," and "Dads." In 2020, he produced two films by Ron Howard: the documentary "Rebuilding Paradise" and the literary adaptation "Hillbilly Elegy." The next year, Grazer produced the film adaptation of the musical "tick, tick… BOOM!" 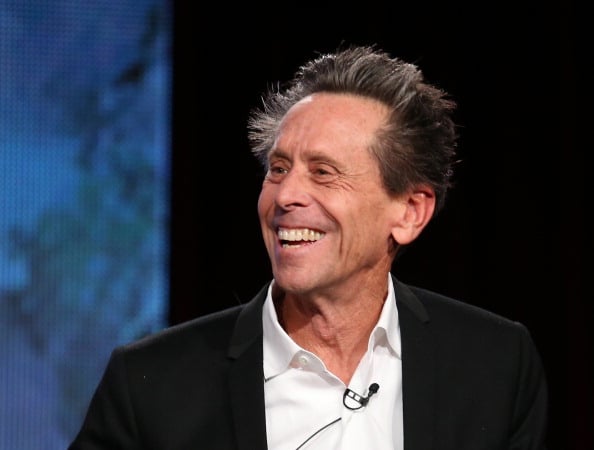 On the small screen in the 80s, Grazer served as an executive producer on such shows as "Shadow Chasers," "Ohara," and "Smart Guys." He also produced the television movies "Poison" and "Mutts." Grazer's credits in the 90s include the series "Hiller and Diller" and "Felicity," and the HBO miniseries "From the Earth to the Moon." In the early 2000s, he was executive producer on the shows "The Beast," "Miss Match," "Arrested Development," and "The Big House," and on the television movies "B.S.," "The Snobs," and "The Break." Grazer's other credits during the decade include "The Inside," "Shark," "Friday Night Lights," "Lie to Me," and "24."

Grazer continued to be prolific in television throughout the 2010s. Early in the decade, he executive-produced such shows as "Friends with Benefits," "The Playboy Club," "Parenthood," "The Great Escape," and "How to Live with Your Parents." His subsequent credits included "Those Who Kill," "Gang Related," "24: Live Another Day," "The Bastard Executioner," "Chance," and "24: Legacy." Grazer also has credits on the series "Breakthrough," "Shots Fired," "Genius," "Mars," "Empire," "Wu-Tang: An American Saga," and "Filthy Rich."

Grazer has been married multiple times. His first wife was Corki Corman, whom he wed in 1982. The pair had two children named Riley and Sage, and divorced in 1992. Next, in 1997, Grazer married screenwriter and novelist Gigi Levangie, with whom he had two sons named Thomas and Patrick. The couple divorced in 2007. Grazer subsequently got engaged to Veronica Smiley, the chief marketing officer at a hotel management company; they married in 2016. Grazer resides in Santa Monica, California, and also has a home on Sunset Beach in Hawaii.

In 2003 Brian paid $13.5 million for a home within the exclusive oceanfront Malibu gated community called the Malibu Colony. In the wake of his divorce from Gigi Levangie, in 2007 Brian listed this home for $16 million. He did not find a buyer initially and took the listing down. He re-listed the house in 2011 for $19.5 million. He ultimately sold the house in February 2014 for $17.4 million:

In 2007 Brian and Gigi put another former marital home, this one in the Pacific Palisades neighborhood of Los Angeles, on the market for $27.5 million. This home did not sell until March 2009 for $17.55 million. The buyers were then-married couple Ben Affleck and Jennifer Garner. In the wake of their breakup, in January 2019 Ben and Jen sold this home to Adam Levine for $32 million.

In December 2011 Brian paid $12.5 million for a 10,000 square-foot home set on roughly two acres in Santa Monica, California. Just three years earlier, before the real estate market collapsed, the home had been listed for $22.5 million.