What is Fred Couples' net worth?

Fred Couples is an American professional golfer who has a net worth of $120 million. Over the course of his career, he has competed on the PGA Tour and the PGA Tour Champions. His achievements include 64 tournament wins, including the Masters Tournament in 1992. Fred also won the Players Championship in 1984 and 1996. In the modern era, he is known for competing in the Senior Players Championship, and he won his first senior major in 2011. He has gone on to win the Senior Open Championships and many other honors as a senior player. In 2013, he was inducted into the World Golf Hall of Fame in his early 50s. Fans know Fred Couples by the nickname "Boom Boom," a moniker he has earned due to his driving ability off the tee.

Like many notable professional golf players, he has been instrumental in designing golf courses around the country, including the Lost Canyon Golf Course in Simi Valley, California.

Frederick Steven Couples was born on October 3rd of 1959 in Seattle. His family name was originally Coppola, but his Italian immigrant grandparents changed it to Couples in order to fit in with their new American surroundings. Fred grew up in a working-class household alongside his two siblings, and he was raised near Seattle's Jefferson Park golf course. It was here that he developed his golf skills as a young boy. Throughout his entire career, Fred has always stressed that he is completely self-taught and never hired a swing coach.

During his high school years, Fred's golf skills became apparent. This led to a golf scholarship that sent Couples to the University of Houston, where he met future PGA Tour player Blaine McCallister. As a 19-year-old, Fred managed to beat PGA Tour veteran Don Bies to win the Washington Open in 1978.

After going pro, Fred Couples won his first PGA tour event at the Kemper Open in 1983. 14 Additional PGA Tour titles followed, including a major victory at the 1992 Masters Tournament. This level of success earned him the PGA Tour Player of the Year award in both 1991 and 1992. Additional honors included the Vardon Trophy and five additions to the United States Ryder Cup team. By 1992, Fred had also reached the number-one ranking in the Official World Golf Rankings. He held this position for 16 consecutive weeks.

Fred Couples has also been quite successful in the Skins Game, earning him the nickname "Mr. Skins" in some circles. He has won the event on five occasions, which resulted in net winnings of over $3.5 million. He clearly blossomed as a more mature player, as many observers had accused him of losing his composure and making simple mistakes early in his career – particularly in 1989 and 1990.

Unfortunately, Couples' career has plummeted significantly since 1994. This was when he first started to struggle with back injuries that would plague him for the rest of his days as a professional golfer. That being said, he still proved his abilities on the World Tour with a number of strong results during his 40s. 2007 proved to be a difficult season for Couples due to injury, but he came back in 2009 to win seven figures in prize money. In 2010, he made his debut on the Champions Tour. He won a number of events over the next few years before dropping out of the Masters Tournament in 2016, citing back problems. 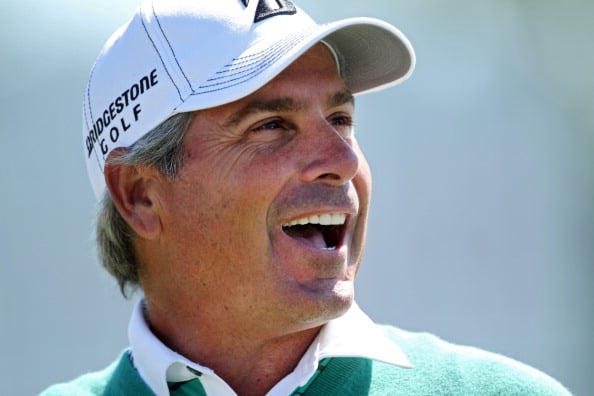 Fred Couples has supplemented his golf income with a number of brand endorsements. Of these brand endorsements, Fred is probably best known for endorsing Antabloc. This is an anti-inflammatory nutraceutical that contains anatabine, and Couples' golf shirts are often emblazoned with the brand's logo. Couples has also been involved with several golf video games, including "Fred Couples Golf" by Sega in 1994.

Fred Couples' first married Deborah, a woman he had met at the University of Houston. Their divorce was finalized in 1993, and Deborah later committed suicide in 2001. Couples then married Thais Baker in 1998, but she later became estranged and died from breast cancer.

In 2017, it was reported that Couples had sold his mansion in La Quinta. He had attempted to offload this property several times in the past, but in 2017 he was finally successful. The buyer was none other than Jerry West, who previously played in the NBA. The four-bedroom home features a garage that spans 1,000 square feet. It also featured Mediterranean-style construction and 5,200 square feet of living space. Outside, there is a half-acre of land with a swimming pool and spa. Couples originally purchased the residence for $3.07 million in 2009 before listing it in 2016 for $3.95 million. It is unclear how much West actually paid for the mansion.

In 2020, it was reported that Fred Couples had sold another home, this time in Newport Beach. Having originally purchased the residence in 2015 for $3.475 million, he eventually sold it for $3.25 million. This meant that he accepted a considerable loss on the sale. The residence features five bedrooms and lies close to the Pacific Ocean. It also isn't far from the University of California-Irvine. As you might expect from a professional golfer, Fred's former home sits smack dab in the middle of the Big Canyon Country Club. This is one of the most expensive and exclusive clubs in the nation.