What is Joe Torre's Net Worth?

Joe Torre is an American baseball player, manager, and executive who has a net worth of $60 million. In 2020, Torre became the special assistant to the Commissioner of Baseball. Outside of this role as a baseball executive, Joe previously served as MLB's chief baseball officer, a position he held from 2011 to 2020. Before that, Torres played professionally, managed several teams in Major League Baseball, and also acted as a color commentator.

As a manager, Torre achieved more success than most, racking up over 2,300 wins. His greatest achievements came with the New York Yankees, a team that he led to six pennants and four World Series championships. As a player, Torre started out with the Milwaukee Braves. He then had stints with the St. Louis Cardinals and the New York Mets before becoming a manager in 1977. At one point, he was serving as a player-manager for the Mets. He then went on to manage all three teams he had played for, plus the Los Angeles Dodgers and the New York Yankees.

Torre is the only major leaguer to rack up more than 2,000 hits as a player and more than 2,000 wins as a manager. During his playing years, he also became a nine-time All-Star. In addition, he won the National League MVP Award after a season in which he led the league in batting average, hits, and runs batted in. However, his true success arguably came after he started managing the Yankees, as he only made the playoffs once before this. While managing the Yankees, he won AL Manager of the Year. Torre was eventually elected to the National Baseball Hall of Fame in 2014.

Joseph Paul Torre was born on July 18th of 1940 in Brooklyn, New York. Joe was raised alongside four older siblings in an Italian family. His parents were Italian immigrants, and his father later became a plainclothes officer in the New York City Police Department. Unfortunately, his father was abusive towards his mother, and this led to Joe's older brother convincing the father to move out of the family home. The marriage later ended in divorce.

As a young boy, Torre was a fan of the Brookyln Giants. He also started playing baseball at a young age, representing his school teams. He also played in the All-American Amateur Baseball Association.

Although he would later go on to become a successful professional, Joe was a little on the heavy side as a teenager, and so he was not taken seriously as a prospect. However, his brother convinced him to switch to catcher, and this convinced teams to take him more seriously. After graduating from high school, Joe worked briefly at the American Stock Exchange. 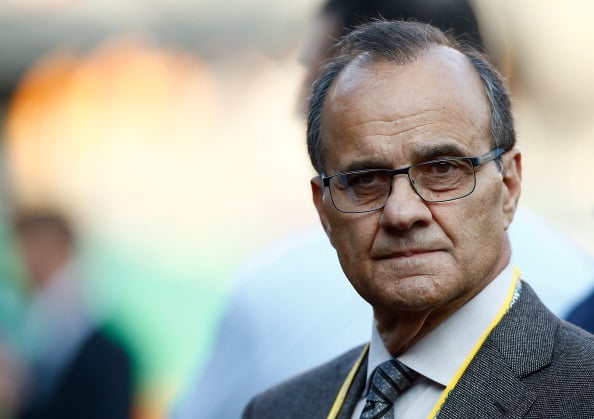 Joe Torre's brother Frank Torre became a professional baseball player before he did, and this inspired the younger brother to take the same path. He ended up signing a contract with the Milwaukee Braves in 1959, just as his older brother had done. During those first few years, he played in the minor leagues and quickly won the 1960 Northern League batting championship with a .344 batting average. Later in 1960, he made his major league debut.

In 1961, he was moved to the Louisville Colonels by the Braves, who planned to make Joe Torre into their next big catcher. However, they were forced to speed up their plans in 1961 when their current catcher, Del Crandall, injured his throwing arm. Suddenly, Joe was playing in the major leagues with about a year of minor league experience. The rookie's lack of experience didn't show, as he hit 10 home runs that season and eventually finished in second place during voting for the Rookie of the Year Award.

Joe continued to play well throughout the next few years, hitting 12 home runs in 1964 and later hitting home runs in 1966. By this point, he was already a three-time All-Star. In 1969, Joe moved to the St. Louis Cardinals and started playing at first base. Although he started slow with the Cardinals, he eventually hit 21 home runs in 1970. Joe was then moved to third base in 1971, and this allowed him to focus entirely on his offensive work. In 1975, he was traded to the New York Mets at the age of 34.

During his time with the Mets, Torre hit four double plays in a single game, becoming one of the few players to ever accomplish this feat. Although critics initially thought his career was over when his performance dipped in 1975, he later rebounded in 1976 and achieved a .306 batting average. By 1977, he had become the Mets' player-manager. He ended his playing career that year and focused entirely on managing.

This was not only less than his original asking price, but it was also over 100k less than he originally paid for the property over a decade prior. Additional features of this residence include 2,022 square feet of living space, four bedrooms, lattice windows, hardwood floors, vaulted ceilings, a flagstone patio, a dock, and a stone fireplace.